More barriers to prevent Vietnam’s catfish from entering US
The US plans to impose a technical barrier to restrict the import of fish belonging to the Siluriformes group, including Vietnam’s tra and basa.
Go Back 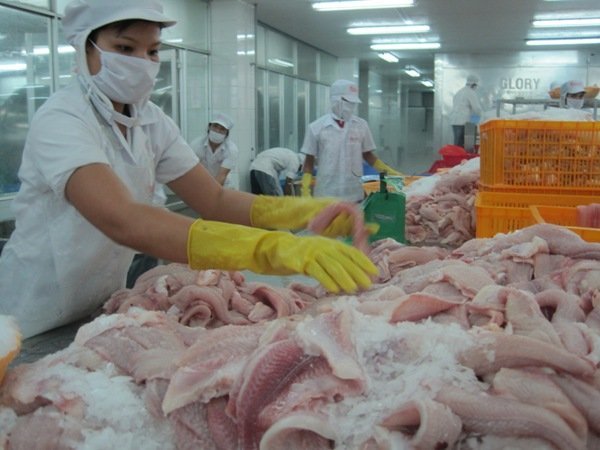 The US plans to impose a technical barrier to restrict the import of fish belonging to the Siluriformes group, including Vietnam’s tra and basa.

USDA Food Safety and Inspection Service (FSIS) on November 25 on the website http://www.fsis.usda.gov listed the regulations to control the import of Siluriformes fish.

It said the regulations will be applied to both cultured and wild products in the US and imports. This is a part of the US 2014 Farm Bill.

The law will take effect in March 2016, or 90 days after information is made public. However, involved parties will have an 18-month transitional period. After that time, the fish belonging to Siluriformes group, including catfish, will be put under the control of FSIS.

Before the law takes effect, exporters will still keep their normal export activities while they only have to provide related information to FSIS.

As such, catfish export companies will have 24 months ahead to prepare for the 2014 Farm Bill.

A lawyer commented that the 2014 Farm Bill is based on the 2008 Farm Bill and the policymakers, from the beginning, attempted to put catfish under control.

Nguyen Van Thuong and his co-workers from the Can Tho University said in their research report that 10 species of Pangasiidae catfish family have been reported, including tra fish (Pangasianodon hypophthalmus) and basa (Pangasius bocourti).

The research work pointed out that Pangasiidae is one of the families belonging to Siluriformes group – an element of the freshwater fish system in Mekong River Delta.

As such, it is highly possible that Vietnam’s catfish exports to the US would be put under control by FSIS.

FSIS will tighten the control over the imports to be sure that they satisfy the standards on antibiotics and quality.

Truong Dinh Hoe, in an Thoi Bao Kinh Te Sai Gon’s interview in the past, said that putting catfish under control is similar to imposing a technical barrier against Vietnam’s tra products, which helps protect the US domestic catfish industry.

The Foreign Ministry Spokesman Le Hai Binh earlier last week said Vietnam was disappointed about the US Department of Agriculture implementing a monitoring program on Siluriformes imports, including Vietnam’s tra and basa fish.

“We are very disappointed in the US Department of Agriculture implemented a monitoring program for the species of fish in the Siluriformes, including catfish, basa Vietnam.”