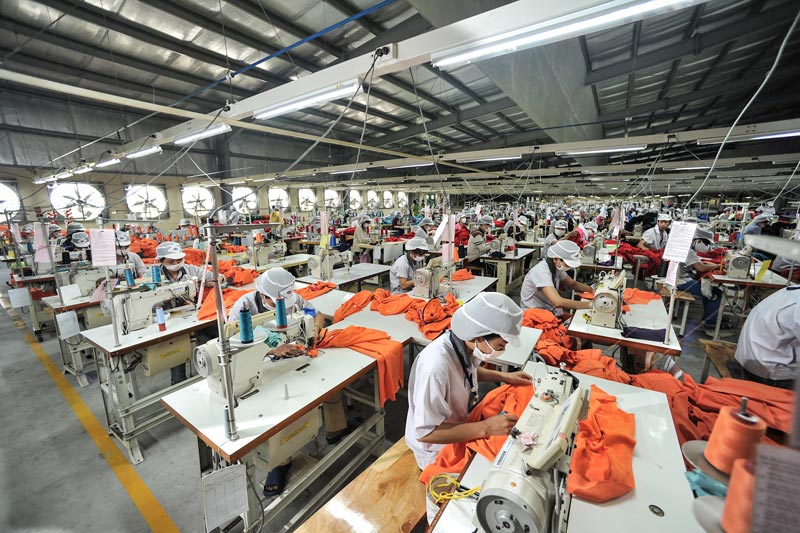 VCCI emphasized that most businesses are still facing big difficulties due to the economic downturn. Large enterprises account for less than 2 percent of all enterprises, while the others are small. Meanwhile, 70 percent are unprofitable.

The organization cited a report showing that 37,829 businesses stopped production or were dissolved in the first seven months of the year, an increase of 1.2 percent over the same period last year. At least 97 percent of the enterprises were small and medium sized.

VCCI believes that in order to increase workers’ minimum wage, it is necessary to increase productivity and upgrade work quality.

The productivity of Vietnamese enterprises is still lower than regional countries. Therefore, if 70 percent of businesses do not make profits, it would be difficult for businesses to increase investments to upgrade technologies to improve productivity. It will also take them time to grab opportunities brought by economic integration.

VCCI said that workers not only can enjoy higher salaries with the 10% increase, but also enjoy better annual leave, maternity leave, healthcare and overtime pay.

The minimum wage increase will put a heavier burden on employers. From January 1, 2016, employers will have to pay 35-40 percent more in different kinds of fees for workers because insurance premiums will be higher.

Also from 2016, enterprises will have to pay other kinds of fees related to female workers and labor safety.

“This will be a big shock to businesses. And if the minimum wage increase is too high, this will lead to massive bankruptcy of enterprises,” it said.

The National Wage Council had its first working session on August 5 to discuss the minimum wage policy for 2016. However, the agencies and organizations could not reach agreement.

Every year, the Ministry of Labor, War Invalids and Social Affairs (MOLISA) and relevant agencies discuss the minimum wage increase, but both businesses and workers have not seen benefits.