Nation needs proper policies for start-ups
Việt Nam is paying special attention to business development, with the government promoting start-up movements so that nationwide businesses will double to a million within the next five years.
Go Back 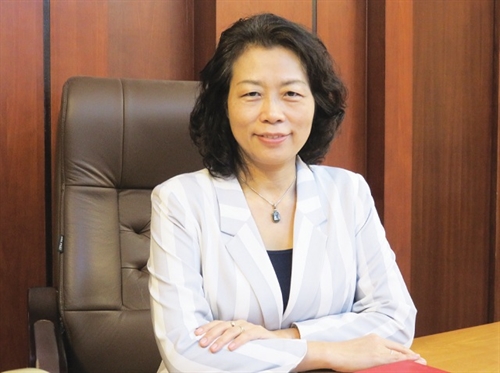 The government is committed to business support to fuel a start-up boom on a national scale, expecting the country to have a million enterprises by 2020. What do you think about the government’s efforts and the possibility to reach this goal?

The government has made great efforts to create an advantageous business environment and build suitable policies to help people start their businesses and assist them afterwards. However, it is not easy to reach the goal of having a million enterprises by 2020. I think fulfilling this target is not as important as some of the following issues: assuring the existence of enterprises in post-registration phases, how to increase the size of enterprises, and how to have more and more start-ups with efficient operations.

How do you assess start-up activities in Việt Nam in comparison with other countries in the world?

From the angle of start-ups, we can see a Vietnamese start-up spirit that is second to none. However, awareness and skills in starting and operating a business of many local people remained unmethodical with certain shortcomings.

The government has also taken slower steps compared to peers in many global countries. Things that we have lately mentioned a lot such as venture investment funds, enterprise nursery gardens and start-up ecosystem, South Korea has talked nearly 20 years ago. Definitely, we are slower than many countries regarding start-up support policies.

According to some opinions, Việt Nam still lacks nursery gardens and an ecosystem needed for growth of the business community. What do you think?

I agree with this. Developing start-ups is just like seeding in a garden. If seeds are nursed in a good environment, the trees will grow and produce fruits more healthily. Enterprise nursery gardens can now be counted on the fingers of a hand, so we need to invest more in them. It is not necessarily State investments, but private investors too should take this opportunity.

An example of legal obstacles for the start-up community: the community has recently expressed worries about Article 292 of the Penal Code 2015, which reportedly criminalised illegal business activities in computer and telecommunications networks. Việt Nam’s legal environment still appears to lack transparency and exposes risks for enterprises. What can be done?

We should look into our awareness of business activities and roles of enterprises in the development process of our country. Some times in the past, policymakers did not realise that enterprises were a driving force for economic development, and that taxes paid by the people and enterprises were used for operations of the apparatus of the administration. Hence, they were not aware of their responsibilities to build laws that facilitate people and companies, and encourage their business to grow. It is very important that enterprises and business associations raise their voices to the government in building new laws with more proper policies.

In the world, venture investment funds are an effective financing channel, besides bank loans and the stock market. Does Việt Nam need to develop this channel?

It does. Actually this channel has been developed in Việt Nam for many years, with several foreign venture investment funds reaping certain success here. If we have good projects, besides venture investment funds, we should also develop other kinds of funds such as community and friend-to-friend funds that are going popular around the world. They are good forms to mobilise capital for start-ups.