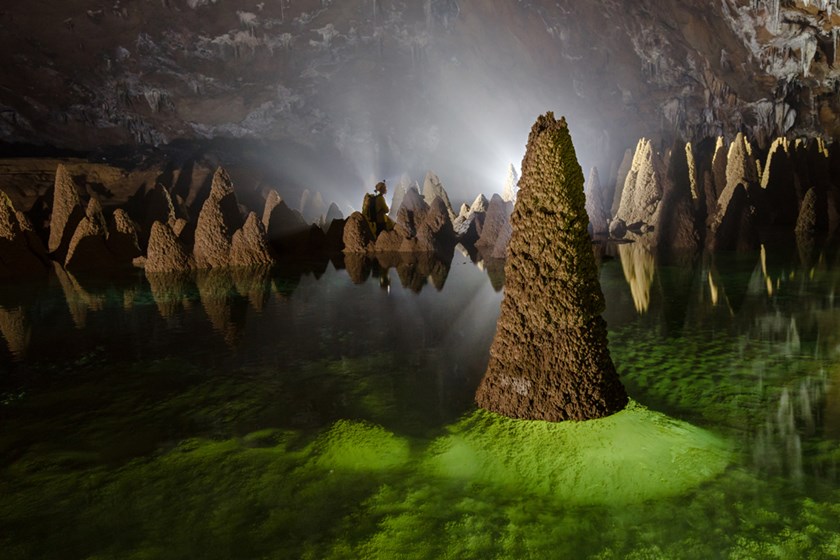 The two caves were discovered by locals a long time ago and explored by members of the British Cave Research Association in 2000, the Vietnamese government said on its website on Monday.

A tour to the caves, which lasts two days and one night, includes trekking through 10 kilometers of jungle and mountain sites and wading through a river for three kilometers, according to Oxalis.

While not physically connected to Son Doong, the world’s largest cave, Va and Nuoc Nut are part of the same Son Doong cave system, the company says on its website.

“Some explorers commented that the stalactites and stalagmites in Va Cave are even more beautiful and extraordinary than Son Doong Cave,” Oxalis says.

Oxalis has been licensed as the sole firm to organize tours to many caves in Phong Nha-Ke Bang, including Son Doong, Tu Lan, and En caves. Trips are usually overbooked months in advance as Vietnam still wants to limit the number of explorers to the sites.