New policies proposed to better serve pharmaceutical FDI firms
The American Chamber of Commerce (Amcham) in Vietnam and the Vietnam Association of Foreign Invested Enterprises (VAFIE) jointly held a workshop in Hanoi on March 1 proposing new policies for foreign-invested businesses in the pharmaceutical industry.
Go Back 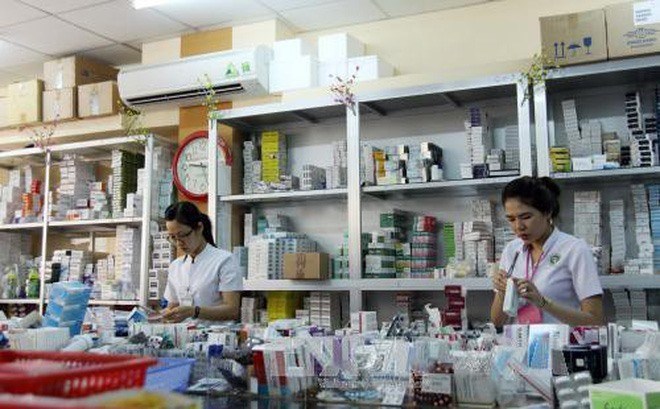 Speaking at the event, VAFIE Vice President Nguyen Van Toan expressed his hope that delegates to the event will contribute their ideas about several new policies in the pharmaceutical field in order to make these policies come into reality effectively once they are promulgated.

Representatives from businesses and legal and commercial experts held that several new regulations in the field such as the Government’s Decree No.54 guiding the enforcement of the Pharmacy Law, and a draft Circular guiding several articles of the decree are inadequate and unconformable to Vietnam’s international commitments and its related laws.

These documents also contain some regulations intervening in businesses’ self-controlled activities, they said.

Sharing Vietnam’s World Trade Organisation (WTO) commitments on distribution and supporting services, Nguyen Thi Thu Trang, Director of the Vietnam Chamber of Commerce and Industry’s WTO Centre, said that the Enterprise Law’s Clause 7 stipulates that enterprises have the right to self-decide and self-control their business activities.

Therefore, they can carry out their activities by themselves or entrust or reach an agreement with other parties to do these works.

She asked for the revision of Clause 3 of the draft Circular guiding several articles of Decree No.54 which prescribes that enterprises must directly do distribution-related activities.

Chung Yee Seck, lawyer of the Baker McKenzie Law Firm and a representative from Amcham’s legal sub-committee, stated that Decree No.54 and the draft circular do not allow foreign-invested enterprises to provide medicine preservation and transportation services, which are not banned or limited in the Pharmacy Law.

In addition, legal documents are not permitted to apply retrospectiveness, except several special cases mentioned in the Law on the Promulgation of Legal Documents.

However, the draft circular stipulates foreign-invested enterprises must abide by Decree No.54. This means that they have to stop preservation and transportation services after the decree takes effect.

Chung said that the regulation is in contrary to Vietnam’s international commitments and not confirmable with the investment protection principle of the Investment Law and the non-retrospective principle of the Law on the Promulgation of Legal Documents.