New World Bank report casts doubt on Vietnam's actual debt burden
Local economists have advised the government to be extremely careful with spending because its public debt has reached a dangerously high level.
Go Back 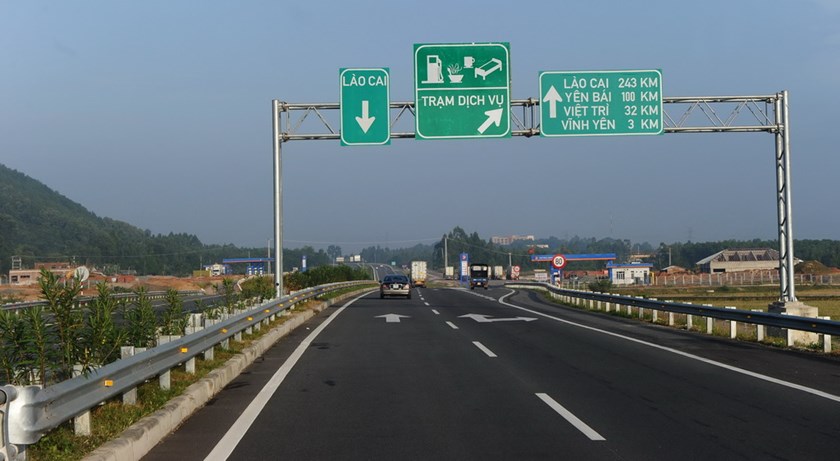 Cars traveling along a section of the newly built 300-km-long expressway in the northern province of Vinh Phuc. The US$1.46-billion road links Hanoi and Lao Cai Province. Photo: AFP

Local economists have advised the government to be extremely careful with spending because its public debt has reached a dangerously high level.

They raised their concerns after the World Bank early this week reported that Vietnam’s public debt exceeded US$110 billion last year. The figure is higher than the government’s estimate of $84 billion.

Economist Do Thien Anh Tuan said the government had its own criteria when calculating public debt, so he was not surprised to see the huge mismatch.

The lecturer of the Ho Chi Minh City-based Fulbright Economics Teaching Program said what really worries him is the government’s ability to deal with its huge public debt.

In its latest report to the National Assembly, the country’s legislative body, the Ministry of Finance said public debt will hit the assembly’s limit set at 65 percent of gross domestic product (GDP) in 2017. But after that the government will try to lower the ratio to 60.2 percent by 2020.

However, Tuan doubted that the debt will ever reduce.

“Even in the best scenario where the economy grows in a stable manner, Vietnam’s public debt will still go up.”

Tuan said to reduce public debt, the government will have to be able to deliver a budget surplus and save an amount of at least 1 percent of GDP every year.

This is a “very difficult” task, considering that the state budget is always in deficit, he said.

The government in fact often asks the National Assembly to let it overspend its revenues.

In 2013 its budget deficit was equivalent to 6.6 percent of GDP, even higher than the limit of 5.3 percent previously approved by legislators.

Economist Nguyen Tri Hieu also forecast that with its “current situation” Vietnam’s public-debt-to-GDP ratio will soon hit 65 percent, which he described as as “a dangerous level.”

The ratio was about 60.3 percent at the end of last year, according a government report.

Vo Tri Thanh, deputy chief of the Central Institute for Economic Management, said the amount of public debt is not as important as a country’s capacity to repay debts and how effectively it could spend the borrowed money.

He said the government’s inefficient use of loans was reflected in the fact that its public spending has been exceeding targets since 2012.

On the other hand, the government has been issuing bonds overseas to refinance existing loans, which is a good solution in a short time, but will become risky in a long term, according to Thanh.

When new loans brought through bonds are not used effectively, the government will lose creditors’ trust and its future loans will face higher interest rates, he explained.

Last November the government issued 10-year sovereign bonds worth $1 billion in the global market for the first time in more than four years, at a yield of 4.8 percent. In April this year, the finance ministry advised the government to issue more bonds next year.

Tuan also agreed that refinancing with new bonds could cause problems in a long term, saying that it showed a government’s previous loans were not planned and used carefully, and that the government was having financial difficulties.

Both Tuan and Hieu advised the government to reduce its role in public sectors, particularly in airports, seaports and railways, and boost private investors’ participation.

The World Bank report showed that Vietnam’s debt service obligations, including government-guaranteed and government debts, rose to 26 percent of total revenues in 2014 from 22 percent in 2010.