Online advertising needs more attention: Experts
HA NOI (Biz Hub) – Online marketing in Viet Nam is entering a period of rapid development, but this development continues to face obstacles, including consumer confidence, payments and online marketing, according to a report.
Go Back 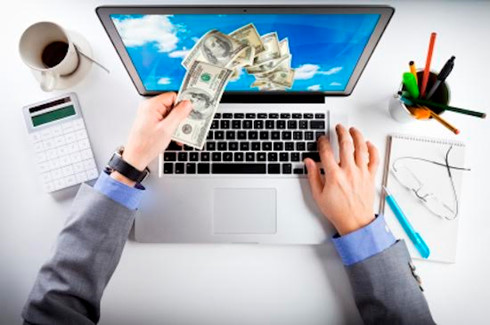 Online marketing in Việt Nam is entering a period of rapid development, but this development continues to face obstacles, including consumer confidence, payments and online marketing. – Photo vov.vn

The report was published in Vietnam e-Business Index (EBI) 2015 and made public at a recent press conference to introduce the Vietnam Online Marketing Forum to be held late this August. The EBI 2015 was based on a survey among 5,000 enterprises across the country, up nearly 50 per cent, compared to 2014.

According to Nguyen Thanh Hung, chairman of the Vietnam e-Commerce Association (VECOM), at the EBI 2015 indicated that the number of e-commerce transactions grew sharply against 2014 and transactions were diversified. However, e-commerce businesses have yet to work out effective solutions to win consumer confidence.

Tuan Ha, CEO of Vinalink said online marketing has seen a rapid increase. In 2015, to better serve customers, businesses invested more in applications for e-commerce on mobile phones with a growth of 200 per cent. Many online marketing agencies have been used by sellers such as Facebook, Google, and Over-The-Top (OTT) application.

According to a survey made by VECOM, government agencies and businesses (G2B) have made significant progress. Some 26 per cent of websites launched mobile platforms last year. However, they lacked able human resources and did not pay much for the e-commerce performance.

The most popular marketing social channels are social networks, search engines, e-newspapers and emails. Marketing through search engines has been rated as the one with highest efficiency.

This result was similar to the Nielsen Global Trust in Advertising Survey, Q1 2015. The report showed that Vietnamese consumers believed mostly in advertisements on search engines. It is followed by social networking, online videos, online banners, while the lowest ratio is on advertisements on mobile devices.

Nguyen Trong Tho, CEO of iNet said Facebook video commercials have been very effective for sellers and were better than image advertisements.

According to eMarketer an independent market research company that provides insights and trends related to digital marketing, media and commerce, the global spending ratio for online marketing account is high, and this spending is growing. In the Asia-Pacific region, this ratio was 32.3 per cent in 2015 and it is estimated to increase by 36.3 per cent in 2016.

EMarketer predicts that this year, spending on online marketing will reach US$2.9 billion in Thailand, $2.7 billion in Indonesia, and $7 billion in India. In the United States, online advertising will increase 15.4 per cent this year and will achieve a sales revenue of more than $68 billion, accounting for 32.6 per cent of the entire advertising market

To spur online marketing, industry insiders said businesses need to pay much attention to investment, strategy, and product. The success in online marketing is to maintain connection with customers and sell products on their e-commerce websites and social networks.