Phu Quoc to become paradise playground
Major projects in hospitality and tourism have turned the naturally beautiful Phu Quoc Island into a magnet for tourists.
Go Back 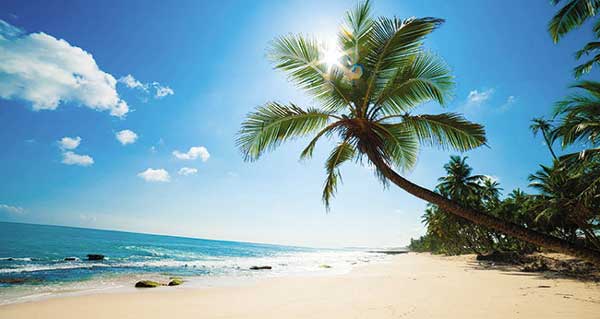 According to Huynh Quang Hung, Deputy Chairman of the People’s Committee of Phu Quoc district in the southern province of Kien Giang, as of end-September, of the 200 projects licensed in the island, 140 projects have already started, with a combined total area of 5,110 hectares and the total investment capital of VND168 trillion (around $8 billion).

Of these projects, some are billion-dollar investments backed by domestic developers like Vingroup and Sun Group. A casino project is planned at Bai Dai with an area of 30,000 square metres. Many investors have proposed joining the project, committing at least $4 billion each.

Highlights among the projects are Vingroup’s 500ha Safari with the investment capital of VND3 trillion ($134.5 million), Sun Group’s cable car ride and the Thom sea entertainment complex with the first phase capital reaching VND5 trillion ($224.2 million). Boasting such a range of attractions, the island will have plenty to offer tourists.

The Ministry of Culture, Sports and Tourism picked Kien Giang as the focus of the 2016 national year of tourism. Phu Quoc and Kien Giang have seen tremendous growth in the tourism sector recently and are bound to become a bright spot in the country’s tourism picture.

Data from the Vietnam National Administration of Tourism showed that in 2014 the number of tourists to the island was 600,000, up 50 per cent on year. However, in the first nine months of this year the number fell to just 1.2 million.

According to a CBRE analysis, Phu Quoc has the biggest potential for tourism among all destinations in Vietnam as there is ample land, the beaches are beautiful and pristine, the weather is warm throughout the year and storms hardly ever occur. As such, the island is ideal for the development of hotels, resorts, casinos, health tourism, and entertainment.

By the end of this year the five biggest investors in Phu Quoc will add 700 five-star hotel rooms to the island’s hospitality sector, and this number looks likely to quadruple in 2016. In 2020 the number is expected to reach 10,000 and Phu Quoc is predicted to possess the greatest number of high-end hotel rooms, capable of accommodating 2.1-2.4 million tourists each year. Of those, the projects of Sun Group, with the management of Accor Hotels, are going to turn Phu Quoc into one of the most attractive high-end tourism destinations of the world.

The Vietnamese government has given many incentives in order to turn Phu Quoc into the first special administrative and economic zone of Vietnam. Such incentives include a 10 per cent corporate income tax rate over the project’s lifecycle, and a 50 per cent decrease in personal income tax for all individual investors.

With the VND1.6 trillion ($71.74 million) cruise port, which began construction in April and is expected to be finished in 2017, Phu Quoc will be able to receive cruise tours of up to 6,000 passengers.

When Phu Quoc was connected to the national grid by undersea cable in 2014 (at the total cost of VND2.4 trillion ($107.6 million)), it was a significant motivating factor in the island’s new phase of development. At the ceremony to mark this event, Prime Minister Nguyen Tan Dung said, “With the roads, the airport, the domestic sea port and the international sea port whose construction has just started, and the national grid, Phu Quoc now has the infrastructure for growth.”