As prices drop, coffee companies coming back to home market
Coffee exporters have been told to exploit the home market as the export price is on the decrease.
Go Back 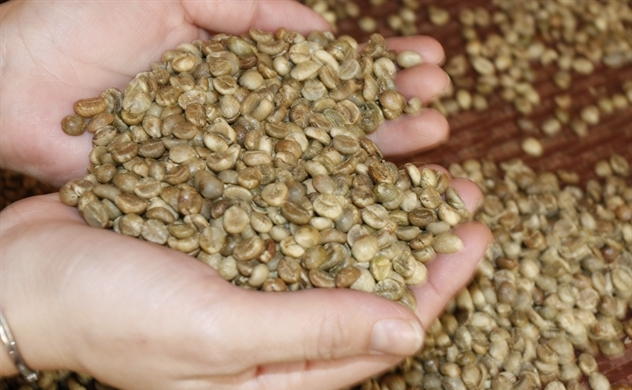 The coffee price is not likely to increase

The Ministry of Agriculture and Rural Development (MARD) has predicted that the coffee price in the world market is not likely to increase as Vietnam enters the new harvesting crop in a couple of weeks.

A report from the Farm Produce Processing and Market Development Department showed that in the first nine months of 2018, the coffee price in the domestic market dropped sharply by VND2,400 per kilogram.

Meanwhile, the average coffee export price in the first eight months of the year was $1,913 per ton, which means a 15.5 percent fall compared with the same period last year. The global coffee market is witnessing oversupply and low demand.

The coffee output continues to increase because of bountiful crops in Brazil, Vietnam and other major coffee producing countries such as Colombia, India and Indonesia.

The domestic market has also been fluctuating in line with the world market. Robusta coffee in Central Highlands has seen the price decrease by VND700 per kilogram compared with the month before to VND32,500 per kilogram.

The pressure on coffee price is also coming from dollar appreciation. The US FED’s decision to raise the interest rate has made the greenback stronger than currencies of major coffee export countries.

As it is more difficult to export products, coffee companies have been trying to seek new and niche markets.

Phuc Sinh JSC, for example, has announced the plan to exploit the domestic market with the strategy to sell 100 percent pure coffee products.

Phuc Sinh’s CEO Phan Minh Thong said that it is not easy to conquer the home market, even though Phuc Sinh exports 70,000 tons of coffee each year that meet the US and European standards.

“In order to have high-quality products at reasonable prices, we have to make heavy investments,” Thong said.

The 10-year experience in exporting coffee may not help Phuc Sinh much in accessing the home market. The company only began distributing its products via supermarkets two years ago and its domestic sales are just equal to 1 percent of exports.

According to MARD and the Vietnam Coffee and Cocoa Association, Vietnam has 150 coffee export companies and 3,000 coffee collection agents, but only one-third of them have coffee processing workshops.

Vietnam is the second largest coffee exporter. Only 10 percent of its coffee output is reserved for domestic processing and consumption, while the other 90 percent of output is exported as raw materials.