Private investment eyeing healthcare
Capital from the private sector is expected to further increase in the coming years thanks to Public – Private Partnerships (PPP), according to independent market observers.
Go Back 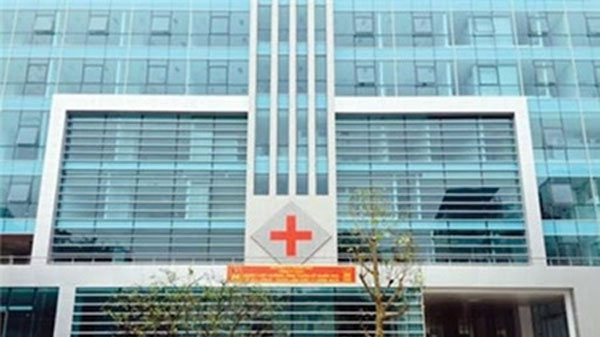 The total share volume on bid equals 29.48 per cent of the hospital’s total chartered capital. As a result, the hospital earned a total of VND116,854 billion ($5.19 billion).

Another 30 per cent of the capital (equivalent to 5.04 million shares) was reserved by the Vietnamese government, together with 10.52 per cent (1.768 million shares) for preferential sales to hospital staff.

The Transport Hospital is not the first unit in the healthcare sector developed under the PPP form.

Some healthcare establishments have been built under the PPP form and have achieved positive results.

Of these, Hue Central Hospital’s Centre for Providing International Medical Check-up and Treatment had total investment of over VND 281 billion ($12.49 million) raised from various sources including loans from the Viet Nam Development Bank, the State Budget and funds from society.

The centre, which was put into operation in April 2014 under the PPP, has 300 patient beds with standards similar to those in a three-star hotel, and a staff of highly skilled medical workers.

Dr. Bui Duc Phu said that after one year of operation the center had made a significant contribution to offering an array of services and improving the intensive medical care system in the central region, easing the overload of Hue Central Hospital.

Analysts said that many of the Government’s recently issued policies had encouraged private investors to participate in medical care projects.

Resolution No 93/NQ-CP on medical sector development is a typical example. The policy issued in late 2014 includes regulations that create favourable conditions for the development of the PPP form in the medical care sector.

Public medical establishments are allowed to enter into a joint venture with private investors to set up new medical examination and treatment facilities that will operate under the Enterprise Law.

This year, more new legal documents have been issued, ushering a more comfortable period of private investment in the healthcare sector.

One of them was Decree No 15/2015/ND-CP on PPP investment issued in February. The decree, which took effect in April, diversified the types of PPPs.

A source from the Dau Tu (Vietnam Investment Review) newspaper said that in the past the PPPs were implemented under three forms: BOT (Build-Operation-Transfer), BTO (Build-Transfer-Operation), and BT (Build-Transfer).

Tran Viet Dung, chief of the PPP Office at the Bidding Management Department, said the health care sector had both business and social welfare characteristics.

For instance, medical establishments including hospitals have to apply hospital charges as regulated in law but not by the market.

With new PPP forms such as BLT and BTL, the investors’ interests would be protected, Dung said.

Nguyen Nam Lien, director of the Ministry of Health’s Financial Planning Department, said in an interview with Tuoi Tre (Youth) newspaper that Viet Nam’s demand for investment in hospitals was still huge.

“The health sector’s investment demand cannot be met by the Government, so it is necessary to mobilise capital from various resources,” he said.

“Hospitals would be able to borrow capital from banks or participate in PPP. The investors, for instance, could inject their capital into building infrastructure and buying medical instruments, and the hospitals would then lease them,” he said.