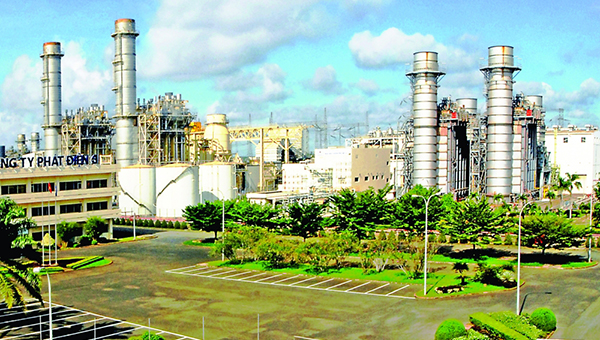 According to a World Bank (WB)’s report released recently, the changing macroeconomic and sectoral context in Vietnam requires a new approach to financing electricity and gas investments. It presented an action plan on how to unlock new sources of finance, especially from the private sector, based on a comprehensive analysis of investment needs as well as constraints in the regulatory environment including the capital and forex markets.

It is estimated between now and 2030, Vietnam’s electricity sector requires new investments of about US$10 billion annually, higher than the average of US$8 billion for the 2011–2015 period. Meanwhile, the development of the gas sector is estimated to require about US$20 billion between 2015 and 2035.

Vietnam’s energy industry has significantly attracted private investors, especially foreign ones, in recent years. The investors poured US$3.4 billion in 10 electricity-generation projects in Vietnam in the first half of last year, of which nine used renewable energy sources, and one was a US$1.9-billion coal mega project.

The total accounted for 8 percent of global investment commitments in private participation in infrastructure in the period, making Vietnam the leader in attracting new electricity-generation projects.

Ousmane Dione, WB country director for Vietnam, said given the limited fiscal space and the reduction of concessional financing available going forward, it will be important for Vietnam to step up mobilizing alternative capital resources for the electricity and gas sectors.

The private investment in the country’s energy industry is expected to further grow in the time to come as many foreign investors have so far shown their interest in the industry.

Ian Steff, US Deputy Assistant Secretary of Commerce for Manufacturing of the US Department of Commerce’s International Trade Administration, said Vietnam’s energy market growth represents a great opportunity for US energy and energy-related exports, especially in LNG and advanced energy technologies. Therefore, many leading US energy companies have affirmed their support and investment in Vietnam to help the country meet its energy goals.

US Ambassador to Vietnam Daniel Kritenbrink said US energy companies have been promoting contracts for Vietnam’s development of LNG-fueled power. Besides, the US government will also cooperate with Vietnam to design the country’s first direct power purchase agreement enabling private parties to enter into a direct contract for the procurement of renewable energy such as wind and solar power.

However, to lure more private capital in Vietnam’s energy, WB’s Country Director Dione recommended that the government should address comprehensively the constraints currently impeding the flows of domestic and cross border private capital into two of the most strategic segments of the Vietnamese economy.

The WB report also proposed a well-coordinated policy effort around three pillars, including the development of a major PPP/IPP (public-private-partnership/infrastructure private participation) program for new power generation, enhancement of the financial standing and credit worthiness of Vietnam Electricity (EVN) and PetroVietnam (PVN) to enable them to access commercial finance without government support; and increase of the availability of local currency financing which is critical for both project finance and corporate project finance, to remove constraints and maximize financing available for electricity and gas investments in Vietnam.