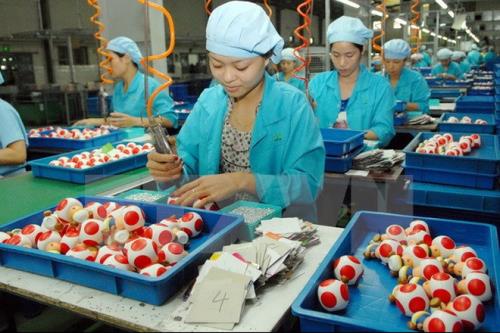 According to the Institute of Chartered Accountants in England and Wales report, ‘pure productivity’ grew 2.3 per cent and sectoral shifts accounted for 1.7 per cent of productivity growth.

ASEAN workers, overall, have had an impressive track record, with productivity growing 3 per cent per year between 2000 and 2015.

This surpasses the per year growth rate of Latin America by 2 per cent and Africa by 1.44 per cent. Sectoral shifts (workers moving from agriculture to manufacturing and services), urbanisation and an increase of workers in the ‘prime age’ (25-54), have been the main drivers of productivity growth throughout the region, with the exception of Singapore.

Priyanka Kishore, ICAEW economic advisor and Oxford Economics lead economist, said, “Viet Nam’s productivity grew at an impressive 4 per cent per year in the last 15 years and should accelerate to 5 per cent in the next five years, outpacing its neighbours.”

“This will be powered by sectoral shifts, urbanisation and a growing number of workers in the prime working age. Pure productivity growth, however, ranks below its ASEAN-6 neighbours except Singapore. This highlights an opportunity for Viet Nam to invest in productivity measures to improve output per worker,” she said.

High household savings are also likely to have contributed to productivity improvements as sectoral shifts would not be possible without a stable supply of finance to invest in both physical and human capital.

Though foreign direct investments (FDI) have an important role in growing ASEAN economies, the bulk of financing for business investment – particularly among the job-rich small- and medium-sized enterprises – comes from domestic savings and lending.

This partly explains why ASEAN’s productivity has risen faster than other ‘middle income’ regions.

Mark Billington, regional director, ICAEW South East Asia, said: “Training, development and skill upgrading must play an essential role if Viet Nam wants to maintain its growth path and improve the productivity and output of its workforce. As its economy continues to diversify, it will need a highly skilled workforce; one which has moved closer to a global standard of technical knowledge, business skills and innovation.”

He said, that according to ICAEW’s report rising domestic demand and booming FDI are driving economic growth of 6.5 per cent despite the challenging regional and global environment.

Therefore, Viet Nam needed to continue diversification of export industries from oil and coffee to textile, electronics and other manufactures that have also helped shield the economy from low commodity prices.