Promising future for rice exporters
Vietnamese rice exports are expected to grow stronger by the end of the year after a brief lulling period, said Tran Van Cong, Deputy Director of the Agro Processing and Market Development Authority under the Ministry of Agriculture and Rural Development.
Go Back 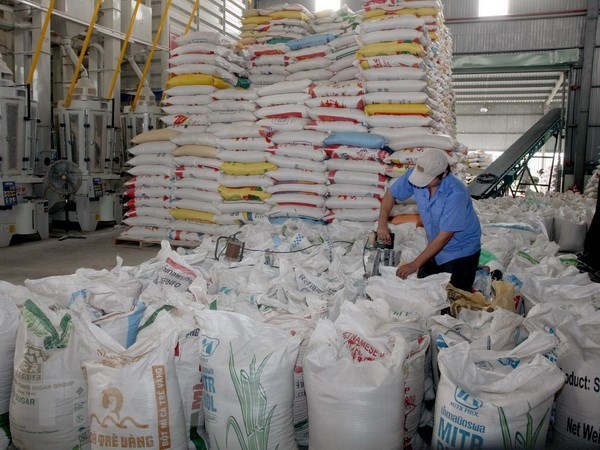 Over the first nine months of the year, Vietnam shipped 4.9 million tonnes of rice abroad, earning 2.5 billion USD, up 22 percent from the same period last year.

Cong said that this is an impressive result, attributing the achievement to the effective rice sector restructuring programme which channels focus on developing high-quality and fragrant rice to bolster exports to choosy markets.

Up to 80 percent of exports now are classified as high-quality rice and sold at more than 500 USD per tonne, he said, adding that market diversification has been a catalyst for Vietnamese rice shipments.

China’s sudden imposition of a 50 percent tariff on rice imports from July affected rice consumption in this market, especially sticky rice. At some points, Chinese traders paid only 380 USD per tonne for sticky rice, compared to the 530-540 USD per tonne at the beginning of the year. However, Vietnamese firms have worked to enhance rice exports to Iraq, the Philippines, Malaysia, the Ivory Coast, and the United Arab Emirates (UAE).

In particular, the Government’s new Decree No.107/2018/ND-CP, which will take effect from October 1, will remove difficulties and legal barriers for rice exporters to expand foreign markets. Accordingly, rice exporters will no longer be required to own rice storage, paddy milling, and grinding facilities with processing capacities of 5,000 tonnes of rice. In addition, customs procedures will be simplified, creating favourable conditions for enterprises to export more to large consuming markets like China, Europe, Africa, Iraq, Cuba, and the UAE.

In the coming time, purchase demand will pick up in some countries, such as the Philippines which will be needing to import an additional 500,000-800,000 tonnes of rice by the end of this year to refill exhausted reserves and stabilise the domestic rice price.

Chinese enterprises have been working with firms from the Mekong Delta region to seek cooperation in rice trading. Meanwhile, Indonesia and several African countries also hold high demands for rice imports in response to output decline due to floods and storms.

Local firms are seeking ways to boost sticky rice shipments to Indonesia to reduce its dependence on the Chinese market. The move has increased the cost of sticky rice from just below 400 USD per tonne in July and August, to 440 USD per tonne now.

Furthermore, as local firms reduce export costs, Vietnamese rice will gain a competitive edge over that grown in India and Thailand, Cong noted.–VNA