Rice export sees huge opportunities from traditional markets
Vietnam’s rice export has posted remarkable figures in the first half of 2018, and the sector expects business to get better in the remaining months of the year as the country’s traditional rice markets are increasing import.
Go Back 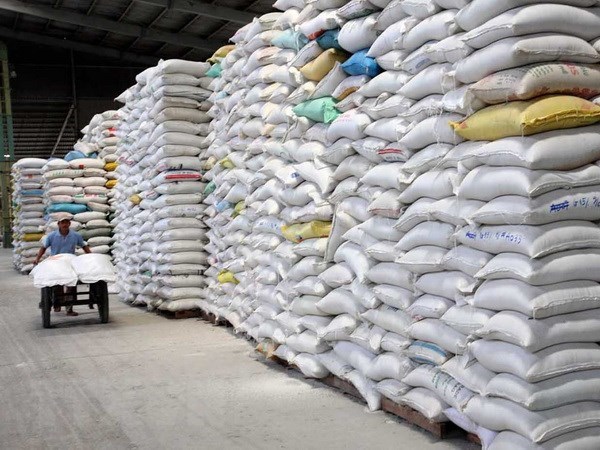 The latest statistics from the Ministry of Industry and Trade (MoIT) show that Vietnam exported 3.6 million tonnes of rice, earning 1.83 billion USD in the year’s two first quarters, up 26.2 percent in volume and 44.3 percent in value year-on-year.

In June, Vietnam’s 5-percent broken white rice was sold at 450 USD/tonne, higher than that of India and Thailand, which were at 410 USD/tonne and 435 USD/tonne, respectively.

China still remains the biggest importer of Vietnamese rice, accounting for 26 percent of the country’s total rice volume and export turnover, with 891,688 tonnes worth 474.84 million USD.

However, rice export to this market suffered a 27.6 percent decrease in volume and a 14.8 percent drop in turnover compared to the same period last year. The price of export rice to China in the last 6 months reached an average of 532.5 USD/tonne, up 17.7 percent year-on-year.

Meanwhile, shipment of rice to Indonesia – the second largest rice importer of Vietnam, recorded a sudden surge, up 45 times in volume and 60 times in value over the same period last year, reaching 685,908 tonnes worth 322.01 million USD. The export price also sharply increased by 33.7 percent to an average 469.5 USD per tonne.

Other major export markets of Vietnam in the period were Iraq, Malaysia, the US, Hong Kong (China), the Philippines, and Ghana, the ministry said.

Experts predict that Vietnam still has the opportunity to increase its rice export turnover in the remaining months of the year thanks to the increasing demand of traditional markets.

From the last quarter of 2018 to the first quarter of 2019, the demand of rice is forecast to increase in the Philippines market as the country plans to launch bidding for the import of 805,200 tonnes of rice under the Minimum Access Volume (MAV) scheme of 2018.

If the plan is carried out, it would be a great chance for Vietnam to boost rice export as the Philippines has been one of the largest markets of Vietnamese rice in recent years.

The demand for rice from Indonesia and Malaysia is projected to remain stable, the ministry said, adding that the Bangladesh market also has a demand for rice import besides big demand in the African market.

Experts, however, noted that Vietnamese rice exporters are also facing many challenges.

At a recent teleconference, Minister of MoIT Tran Tuan Anh pointed out that impact from the US-China trade war is likely to affect Vietnam’s exports, including rice.

In addition, protectionism is reappearing, as seen in the US’s applying trade safeguard measures, or in Indonesia and India. Therefore, with its highly-open economy, Vietnam will partly suffer from these fluctuations.

Experts said that the best solution for now is to focus on improving the quality of rice for export through using high quality varieties and promoting technology application, and mechanization to reduce production costs, increase productivity and quality of rice, thus increasing the value and competitiveness of products.

Vietnam is expected to harvest 23.3 million tonnes of rice in the remaining months of 2018, raising total output in the year to 43.9 million tonnes, representing a year-on-year rise of at least 1.2 million tonnes.