Rice exports: good news arrives, but worries still exist
The current conditions are all favorable for Vietnam to export rice: global demand is high while export prices are on the rise. However, the unstable domestic rice market still concerns exporters.
Go Back 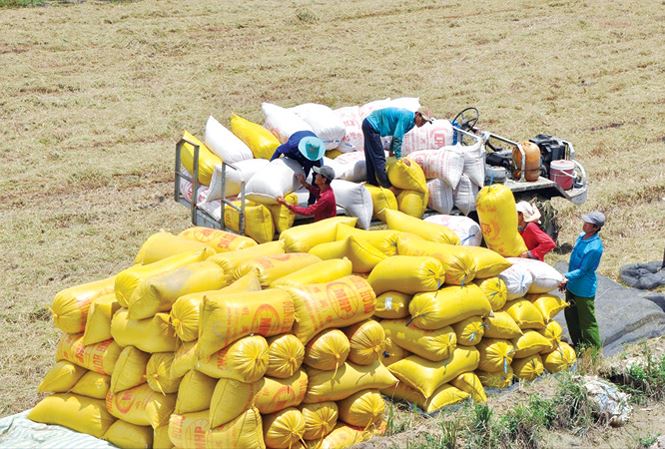 According to the agriculture ministry, Vietnam exported 2.16 million tons of rice in the first four months of the year with export turnover of $1.1 billion, an increase of 38 percent in value compared with the same period last year.

The good news is that export price of Vietnam’s rice is now higher than Thailand’s rice of the same kind.

According to Nguyen Van Don, director of Viet Hung, Vietnam won the bid to sell 15 percent broken rice to the Philippines at the price of $450 per ton (FOB), a bit higher than Thailand’s price.

Don said that rice exports are going better thanks to exports to Indonesia (500,000 tons) and the Philippines (130,000 tons) under the G2G mode. The Filipino Government plans to open another bid for another 250,000 tons of rice on May 24.

Tran Xuan Dinh from the agriculture ministry confirmed that Vietnam’s rice export price has increased recently thanks to the larger high-quality rice growing area. In 2017, high-quality rice amounted to 80 percent of the export volume of the year before.

However, Dinh said Vietnam’s rice can be compared with Thailand’s rice of the same kind.

Thai specialty rice such as Hom Mali and Khaodak Mali is still expensive at over $1,000 per ton.

Commenting about the market scale, VFA said China last year imported 2.4 million tons of Vietnam’s rice through the official channel, while the figure is expected to rise to 2.7 million this year.

Africa plans to import 1 million tons of high-end and medium-end rice. As for the Philippines and Indonesia, each of them needs 800,000 tons. So, Vietnam hopes it can export 6.5 million tons of rice this year.

Pham Thai Binh, director of the Trung An Hi-tech Agriculture JSC, commented that Vietnam’s rice exports are still unstable because Vietnamese exporters are not financially capable of controlling the input materials and determining the selling time.

“Exporters win the bid to provide rice, but they don’t have rice in stock and have to buy in the domestic market. However, the price unexpectedly escalates, thus bringing losses to exporters,” he explained.

Asked why exporters don’t cooperate with farmers to expand the cultivation areas, which would help enterprises take the initiative in their input material supply, Don said there is still no reasonable policy for cooperation. Farmers only want to sell rice to farmers when the price falls. If the price goes up, they would rather sell rice to merchants.