Russian cars enter Vietnam, slow sales predicted
Four UAZ models will be available in Vietnam, including Patriot, pickup, offroad Hunter and another commercial vehicle model. However, most Vietnamese have shown little interest in the news.
Go Back 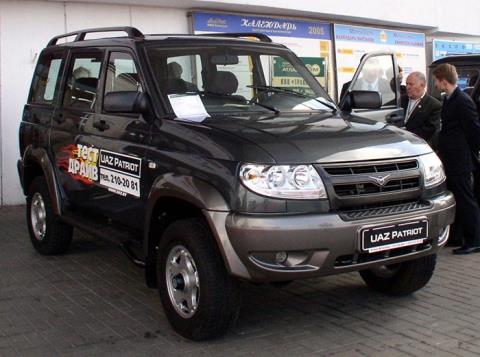 The Vietnam International Motorshow 2016 (VIMS 2016), the second in Vietnam, to take place on October 26-30 at the Sai Gon Exhibition & Conference Center in HCM City, will have the participation of UAZ (Ulyanovsky Avtomobilny Zavod), a Russian automobile manufacturer.

UAZ will make its official return to the Vietnamese market marketing its four product lines. On the manufacturer’s website, Auto K, a Hanoi-based company, has been added on the list of its official sales agents.

UAZ’s commercial models are among the models to be distributed in Vietnam.

In Russia, UAZ terrain vehicle models sell for 609,000 to 809,000 rubles, or VND200-276 million. The products would be priced at VND300 million in Vietnam after tax, a very ‘reasonable level’ compared with other models in the domestic market.

However, experts do not think the low prices would attract Vietnamese, commenting that Russian cars would find it difficult to compete with products from Japan and South Korea, two countries which understand the Vietnamese market well.

If Russia wants to conquer the Vietnamese market, it will have to make some adjustments with its products to be more favored by Asian consumers. As it will take time to do this, it may be late in Vietnam.

Experts also pointed out that Russian cars will have to compete fiercely with imports from other countries, which are getting cheaper thanks to FTAs.

Low prices are the only competitive edge of Russian cars in the competition with imports from Japan, South Korea and Europe. But the prices of imports from ASEAN will also be low when the import tariff is cut to zero percent by 2018.

Some car dealers in Hanoi shook their heads when asked if they intend to change business strategies and distribute low-cost Russian and Indian cars.

“Russian cars are believed to be cheap and durable, but they are too ‘conservative’, i.e. there has been little improvement. Vietnamese tend to choose car models with diverse designs and regular improvements,” a car dealer said.