Seafood companies struggle, rush to finalise M&As
Seafood companies are experiencing tough days, but they are still spending big money to take over companies in the same field to prevent their situation from becoming even worse.
Go Back 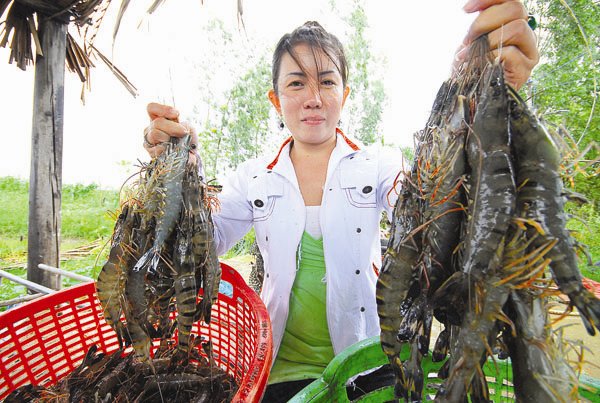 Vietnam’s seafood export turnover in the first nine months of the year was $4.69 billion, a 17.8 percent decrease compared with the same period last year. The export turnover decreases have been reported for all key markets: 30 percent for the US, 11 percent for Japan and 12 percent for South Korea.

Minh Phu Seafood, called the ‘shrimp King’, reported turnover of VND3.68 trillion for the third quarter of the year, a decrease of 19 percent compared to the same period last year, and a net profit of VND56 billion, a decrease of 72 percent.

Hung Vuong Seafood, another big player in the industry, also reported a net profit down by 76 percent in the third quarter and down by 81.2 percent in the first nine months of the year.

With modest business results, Hung Vuong has completed only 64.5 percent of its 2015 turnover plan and 20.1 percent of the pretax plan. Its financial revenue plummeted while the financial costs increased sharply. Meanwhile, the selling cost also soared by 175 percent to VND182 billion.

Despite unsatisfactory results, seafood companies still have been implementing their business expansion plans through merger and acquisition (M&A).

Minh Phu is moving ahead with its deals in the seaport logistics sector. It plans to take over the capital contribution from existing shareholders to raise its stake at Minh Phu Hau giang Port to 50 percent.

In early July, Minh Phu signed a cooperation contract with Gemadept on the establishment of Mekong Logistics JSC with capital of VND670 billion.

Meanwhile, Hung Vuong has been proceeding to acquire more stakes in a series of enterprises, including Viet Thang Feed Company where it holds 90 percent of stakes, and Sao Ta Food (53.5 percent) and Agifish (79.5 percent).

An analyst said that big seafood companies were rushing to buy other businesses to implement their plans on creating closed value chains.

The rapid business expansion and the capital contribution to a series of businesses have put financial pressure on Hung Vuong. This explains why Hung Vuong’s short-term borrowing had soared to VND11.08 trillion by the end of the third quarter, raising the financial cost to VND350 billion.

Viet Hoan also follows this move. After the deal on taking over Van Duc Tien Giang Food Import/Export Company worth VND360 billion was completed, Viet Hoan offered to buy 32.72 percent of Cuu Long Seafood’s stakes. It is estimated that Viet Hoan would have to pay at least VND26 billion in the deal.