Shipping firms engulfed in difficulties, report losses
More shipping firms have reported losses for 2016 and the first months of 2017 as the freight rate and the demand for goods transport have dropped to a 10-year low.
Go Back 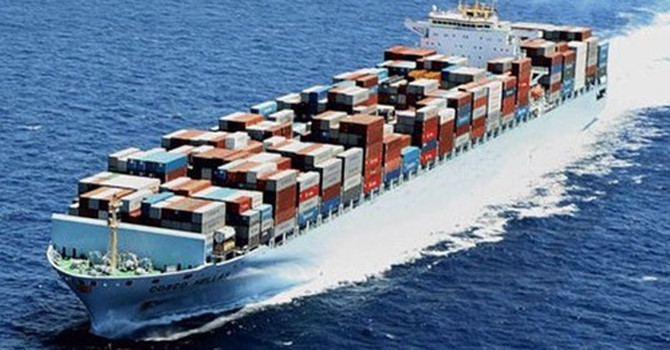 Vinafco’s Q2 financial report showed that the company’s business performance continued to decline in the first six months of the year.

The revenue from sales and service in the second quarter was VND257 billion, a decrease of 2.4 percent compared with the same period last year.

The gross profit decrease was blamed on a higher freight rate and financial costs. The storehouse which has just been put into operation does not run at full capacity.

The shipping firm has reported a loss of VND3 billion for the holding company in the second quarter and an accumulative loss of VND5 billion in the first six months of the year. The result is poor compared with the VND10 billion profit the company made in the first half of last year.

Vosco, known as the nation’s leading shipping firm with 40 years of experience, has surprised analysts with repeated losses.

This was for the 10th consecutive quarter Vosco reported losses in the second quarter of 2017, though its capital, fleet and transportation capacity are far better than other shipping firms.

Vosco’s net revenue in the first half of the year reached VND730 billion, a 7 percent increase compared with the same period last year. However, due to the higher cost price, the company has incurred an accumulative loss of VND66 billion, twice as much against the period last year.

In an effort to try to minimize losses in 2017, Vosco plans to liquidate two ships Song Ngan and Vinh Thuan. The selling price of Song Ngan was set at VND16.5 billion. However, there has been no official report about the sale.

Vinaship, also a big player in the maritime shipping industry, has reported a 9.3 percent decrease in revenue in the first half the year to VND252 billion.

While the revenue from financial activities decreased significantly, the financial cost and business management costs increased sharply, which resulted in the loss of VND68.4 billion, nearly three times higher than the loss in H1 2016.

Vinaship’s shares were delisted from the HCMC Stock Exchange in April because the company’s post tax profits by December 31, 2016 were minus VND205.47 billion.

Many other shipping firms have also been given warnings, including VSP and SSG of Viet Hai and Hai Au.