Shipping will make Vietnam a ’tiger’
As Viet Nam’s maritime industry grows, it will have a profound impact on the economy, tourism and trading and ultimately boost economic growth.
Go Back 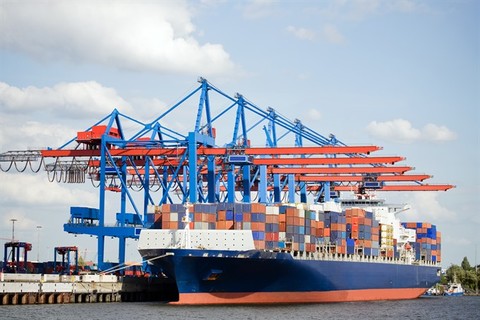 This was stated at a press meeting in Ha Noi on Tuesday, themed Cementing Viet Nam’s maritime capabilities at Asia Pacific Maritime (APM) 2018.

APM 2018, which will be held in Singapore in March, will be a strategic platform for the region’s maritime and offshore community to meet and establish business relationships.

Viet Nam is currently one of the fastest growing economies in the world, having invested significantly in infrastructure in recent years to position itself as Asia’s next Tiger Economy.

As the most cost-effective mode of transportation, shipping plays an integral role in the national economy and moves 90 per cent of the nation’s import and export cargo.

“With long coastlines and geographical proximity to regional maritime hubs, analysts predict that Viet Nam has the potential to become one of the most important maritime countries in Asia by 2020.

He said the present time was ripe for Viet Nam’s maritime business to modernise and close the gap with its regional counterparts.

Hoan said: “With a number of advantages, such as high durability, energy efficiency and low maintenance costs, composite is the ideal cost-conscious choice for Vietnamese ship owners.”

Pham Hai Bang, chief of the Shipping Department at the Viet Nam Registry Department, said in the past few years, Vietnamese shipping companies had put in untiring efforts in the maintenance and technical management of their shipping fleet.

“This has enabled Viet Nam’s fleet to qualify for the Tokyo White List since 2015, which greatly boosted the safety level as well as maritime labour and environmental credibility of Viet Nam’s shipping industry,” he said.

Xue Hua, managing director of Weichai Singapore Pte Ltd, said against the backdrop of the global economy, Viet Nam’s economy would continue to face uncertainties in the monetary policy of major advanced fields. However, with its predicted GDP growth, maritime-related business in Viet Nam is expected to account for a big part of the national economy by 2020.

Viet Nam’s shipping fleet will get a chance to improve its competitiveness at the 15th APM, Southeast Asia’s leading and most recognised shipbuilding and marine, workboat and offshore exhibition and conference, which will be held at Marina Bay Sands in Singapore from March 14-16.

The three-day exhibition and conference will play host to more than 1,500 international exhibiting companies from 60 countries and is expected to attract more than 15,000 trade visitors from Asia.

APM 2018 is expected to be a strategic platform for the region’s maritime and offshore community to meet and establish business relationships.