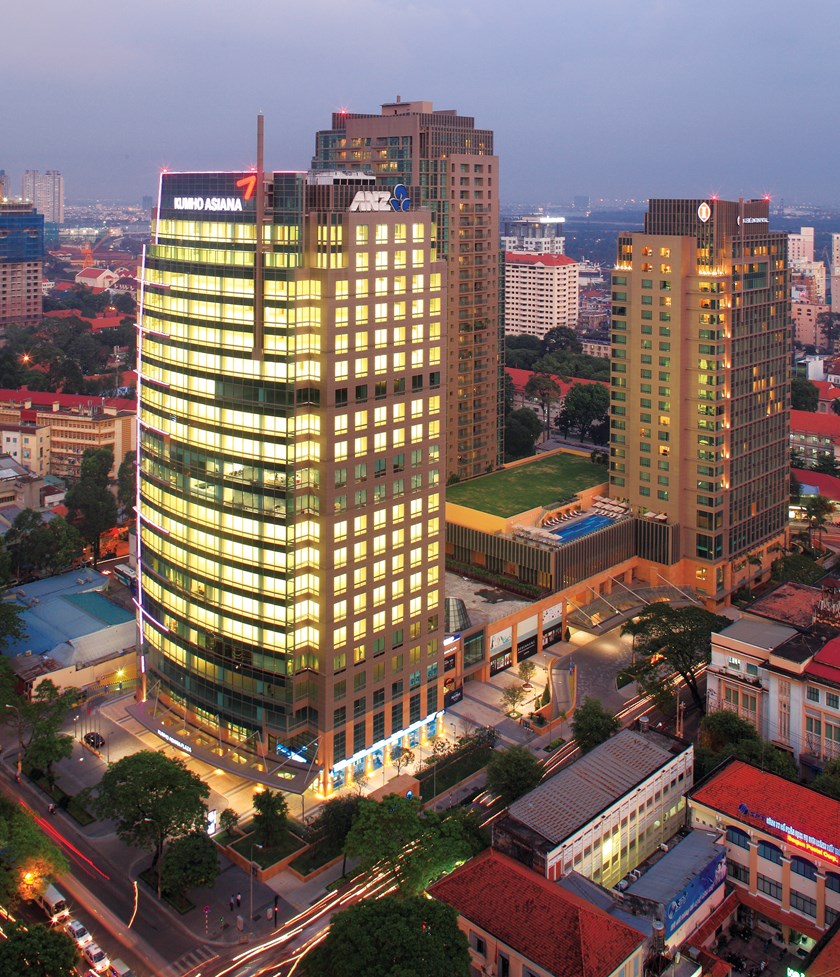 Mapletree said in a statement that the deal is its largest acquisition involving a completed, income-producing property in Vietnam.

South Korea’s Yonhap news agency Thursday quoted an unnamed Asiana Airlines official as saying the South Korean carrier has sold its 50 percent stake in the building to Mapletree at US$107.5 million.

Yonhap also quoted Kumho Industrial as saying it had sold for the same amount.

Hiew Yoon Khong, CEO of Mapletree, said in a statement that Kumho Asiana Plaza is a “rare asset given its attributes such as size, its multiple components with strong occupancies, and location in the heart of HCMC’s central business district.

“We will continue to seek investment opportunities in completed, quality assets that are immediately yield-accretive in Vietnam’s major cities such as HCMC and Hanoi.”

He said his group is also keen to invest in greenfield opportunities to develop office, retail, residential, serviced apartment and mixed-use developments, either on its own or with local partners.

Mapletree first entered Vietnam in 2005 through the logistics sector. It has since expanded into industrial parks and acquired several development assets in Hanoi and Ho Chi Minh City.

Work on a 30,000 square meter office tower, another part of the project, is expected to be finished by the end of this year, while construction of a serviced apartment building and a residential block is scheduled for completion by early 2018.