SME export prospects positive: report
Amid concerns about the negative impact of the US-China trade war on Vietnam, a recently released report by Harris Interactive shows optimistic prospects.
Go Back 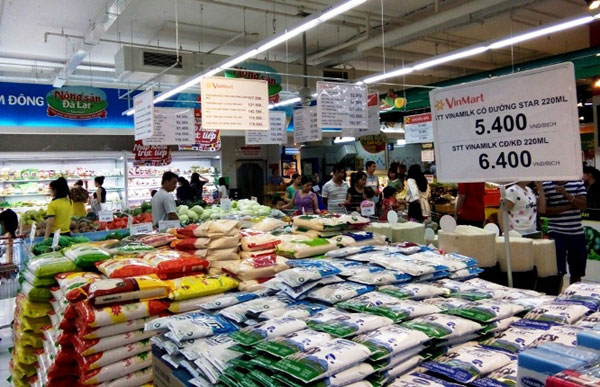 The majority of Vietnamese enterprises keep optimistic about their future

The report says that nearly half of the revenue of small and medium enterprises (SMEs), which amount to 90 percent of Vietnamese enterprises, is from exports. Most of the companies have stable export profiles and gained steady year-on-year export growth.

Vietnamese enterprises tend to seek opportunities from exports more than other enterprises in Asia-Pacific (APAC). SolarBK, for example, besides the US and the EU, is finding a way to export products to New Zealand and Myanmar

According to the Ministry of Industry and Trade (MOIT), 20 export items had turnover of $1 billion or higher. The export turnover of Vietnamese enterprises increased by 20 percent compared with the same period last year to $33.1 billion, a 3-year high.

The majority of Vietnamese enterprises are optimistic about their export growth in the next 12 months. Around 57 percent of SMEs believe that turnover from exports to non-APAC markets could be higher.

Harris’ report also pointed out that half of the goods and service supply in Vietnam is from imports.

Enterprises mostly import raw materials (60 percent) and accessories (49 percent) to diversify products and improve the quality of products. The import turnover in the first half of the year increased by 10 percent, according to MOIT.

As such, both exports and imports are promising. When the China-US trade broke out, Hardy Diec, CEO of FedEx, affirmed that operations were still going smoothly.

Meanwhile, a representative of Solar BK said 70-80 percent of the company’s revenue is from exports. In markets expected to see a tax hike, the company would provide service packages instead of selling products only. With the solution, the company will still be able to boost exports.

Harris commented that more businesses have realized that the world has become a new kind of domestic market. Enterprises from countries are deeply involved in the global supply chain and the linkage between markets is getting closer.

Most Vietnamese businesses believe that the digital economy will bring large benefits to businesses, and technology will help encourage the market development. With such optimism, 95 percent of SMEs in Vietnam have applied new technologies to expand the production and business.