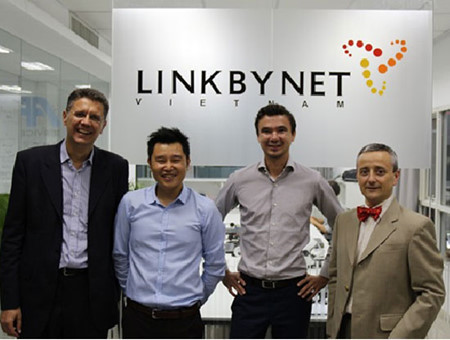 The event opened additional opportunities for Vietnamese-French economic cooperation and improved the effectiveness, dynamism, and creativity of French enterprises in Vietnam.

Small and medium-sized enterprises and start-up businesses are a major driver of the global economy.

A start-up can be described as a small company that develops or offers an innovative product, process, or service.

Although economic, trade, and investment cooperation between Vietnam and France is growing, some say it’s lagging behind their political relations, partly because they have paid too little attention to boosting cooperation between their SME communities.

Pierre Journoud, a specialist in Vietnamese-French relations, said the Vietnam market is witnessing stiff competition that will require French companies to change their way of thinking to find new cooperation opportunities.

He said, “France has attached exaggerated importance to big companies, groups, and contracts. Diplomatically, it’s essential for France because these are the corporations which have set firm footholds globally and played important roles in France’s investment and cooperative projects abroad, especially in Southeast Asia including Vietnam. France is famous for the diversity, creativity, and dynamism of its SMEs and start-up businesses.”

France now has 400 funds for investing in start-up businesses and a start-up company can receive up to 3.5 million euros. Last year, capital invested in start-ups increased 40% to 2.6 billion euros, three fourths of which went to technological start-ups.

French Tech Viet is a French startup community in Vietnam with some 800 members, 120 working in new technologies like IT, telecommunications, e-government, audiovisual, e-commerce, space security, and e-learning.

The start-up trend is strongly developing in Vietnam offering a good opportunity for France and Vietnam to increase their economic cooperation.

Lawyer Gerard Ngo, who has spent many years studying the Vietnamese-French relations, said, “The French President’s visit opened new opportunities for bilateral economic cooperation, particularly in the areas in which the two SME and startup communities have advantages because Vietnam is a country with a young, dynamic, and creative population.”

“So both can benefit from cooperation in new, potential fields which will be a great supplement to the existing cooperation between corporations of the two nations,” he noted.

There remain untapped fields in which France’s SMES have advantages, according to Nguyen Hai Nam, President of the Vietnamese Entrepreneurs’ Association in France (ABVietFrance).

Nam said, “First it’s necessary to study carefully France’s potential partners and market via the Vietnamese trade representative agencies in the host country and associations before launching a product. We need fact-finding tours of France and other European countries to learn how to attract local customers, how to display or show products, and how to make our packing fit their standards and taste.”

“Even French companies are advised to conduct fact-finding tours if they want to invest in the Vietnamese market. In addition, Vietnamese enterprises, including major businesses, should have qualified staff. One of the required skills is to be able to speak French,” he added.