SMEs to face regional competition
Small and medium-sized enterprises in Viet Nam have paid little attention to the nearing formation of the ASEAN Economic Community (AEC), while larger companies with a "national brand name" are actively preparing for the regional integration process.
Go Back 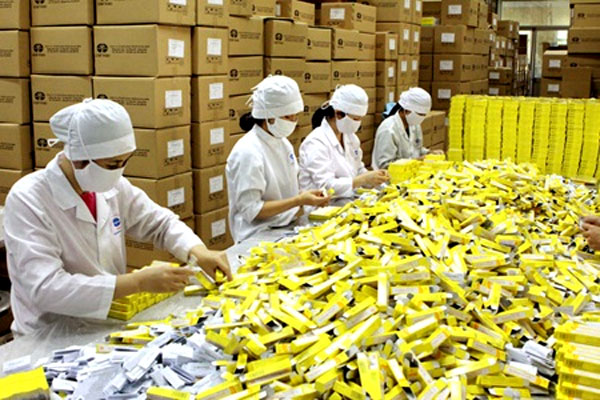 Le Thanh Hai, the deputy manager of the Viet Nam Chamber of Commerce and Industry’s (VCCI’s) Enterprise Development Foundation, said in mid-November that many enterprises were still little interested in the AEC, as polled by Viet Nam News just a month and a half before the community is established by this year-end.

Hai’s statement is similar to what Ha Noi Youth Entrepreneur Association Chairman Le Vinh Son described during an online talk held by the government portal at the beginning of the year, when this chairman said roughly 80 per cent of domestic small and medium-sized enterprises (SMEs) were indifferent to AEC integration.

Nguyen Hong Son, the principal of the University of Economics and Business under the Viet Nam National University, said at that time that only 60 per cent of the local firms had knowledge about the AEC, citing academic research.

The AEC – which includes the 10 ASEAN member states of Viet Nam, Singapore, Malaysia, Indonesia, Cambodia, Laos, Myanmar, Thailand, Brunei and the Philippines – says its goals including a single market and production base, a highly competitive economic region, a region of equitable economic development and a region fully integrated into the global economy.

The companies say they have their own reasons for the ignorance.

Vu Van Phong, Chairman of Ha Noi-based event organising firm Dai Xuan Media told Viet Nam News via a phone call that his company is yet to prepare for the AEC since it mainly deals with Japanese and South Korean partners, countries that are not part of AEC.

He said that, at present, the company is not worried about competition in the event organising field from ASEAN firms. Its studies show that, except for outstanding Singaporean organisers, other players in Myanmar, Indonesia, Laos and Cambodia are showing “average” performance.

Viet Nam Retailers Association Vice Chairman Pham Dinh Doan also told a conference held by the Bank for Investment and Development of Viet Nam in Ha Noi last June, that domestic firms have not paid much attention to the AEC because their trade rotation inside the region accounted for only 20 per cent to 25 per cent of their turnover.

Vietnamese businesses have mainly depended on markets outside ASEAN, such as the United States, the European Union and Japan, he pointed out.

At a forum held by the Central Institute for Economic Management and the School of Public Policy, University of Tokyo in Ha Noi on November 13, economist Pham Chi Lan said that 70 per cent of domestic SMEs are not involved in import-export, thus they do not feel the pressure of integration.

On the other hand, they are struggling to survive in the local business environment, she added.

Earlier this year, the director of tire maker Minh Duc Limited Company in HCM City, Nguyen Quoc Anh, told the Voice of Vietnam that his firm has to try hard to cope with market difficulties for the last few years, to stabilise production that serves both domestic demand and exports to South Korea and Japan.

The company has this year borrowed US$500,000 to invest in a new production line, following declines in banks’ interest rates. Preparation for the AEC has just stopped at this level, as the director believed that, regional integration will have insignificant impacts on SMEs.

Anyway, the regional economic community will form on December 31,2015 as one of the most promising regions in the world for future opportunities, with a single ASEAN market of 600 million people and a combined gross domestic product of almost $3 trillion.

“The AEC will create a vast market in the region, bringing about opportunities for robust enterprises with economic advantages in production and distribution scales, which enable them to expand with lower costs,” said Luong Hoang Thai, the director of the Ministry of Industry and Trade’s Multilateral Trade Policy Department.

“At the same time, enterprises will have chances to develop niche markets,” he said, referring to small but profitable segments of the market, where diversified demand of ASEAN businesses and consumers will drive goods and services portfolios to grow more rapidly.

However, Thai was quoted as saying in an online report of the National Institute for Finance in October that the AEC will put great pressure on the domestic business community, where up to 97 per cent of the 500,000 businesses are SMEs.

He warned that more fierce competition with imported goods, and stiffer competition in attracting investment against regional rivals are likely to force some local enterprises and sectors to narrow production scales, and even quit the market.

VCCI’s Legislation Department Director Dau Anh Tuan specified in the report that, while Viet Nam has witnessed trade deficits with the ASEAN for the last few years, 97 per cent of goods that the country imports from the bloc will enjoy tax exemption in accordance with integration commitments, by 2018.

He noted that investments by other ASEAN nations in Viet Nam have also continuously increased, totaling some 2,600 projects and about $55 billion in value as of June 2015.

Malaysian enterprises met Vietnamese peers at a business forum in Kuala Lumpur last September, and Thai companies did the same in Bankok in October, to accelerate trade and investment cooperation on the threshold of the AEC.

The report added that, currently, the average labour productivity of Viet Nam is equivalent to only half of that of the Philippines, one forth of Thailand’s, one tenth of Malaysia’s, and less than three per cent of Singapore’s.

This is a high risk for the competitiveness of Viet Nam, and the country must improve the quality of its workforce and the level of production techniques for more effective integration.

Meanwhile, the Viet Nam Trade Promotion Agency said many enterprises, which have joined the National Brand Name Programme – a programme implemented since 2012 to promote the image of the country through trade names of goods and services, are proactively strengthening their own capacity and working out measures to cope with the challenges.

The agency has cited the following examples in its October report:

Viglacera Deputy General Director Nguyen Minh Tuan said domestic firms in this area have been witnessing tough competition from Chinese and Thai companies. But he said: “If Vietnamese enterprises attach special importance to enhancing the quality of products with stronger investments in technology, they will be able to compete with ASEAN rivals.”

“Our solution is to invest in modern production technology and grasp consumer demand well to create diversified products,” he said, adding that his company has nearly half of the domestic dairy market and exports products to 31 countries and territories.

Nguyen Thi Dien, General Director of garment and footwear firm An Phuoc in HCM City, said she expects that the AEC will provide member countries the opportunity to associate in developing sources of materials, which can guarantee a stable supply for regional production and support global manufacturing.

“Some firms import Chinese products then label them with domestic names for export. The loose control of fake goods negatively affects many businesses,” he said.

Those are the arguments of some national-brand-name business leaders. For an SME like Dai Xuan Media, which has VND4.8 billion ($213,300) in equity, its suggestion is more simple.

Chairman Phong of Dai Xuan said: “It will be good for us to expand our business into ASEAN markets, but we lack information about them. Everyday we just hear general news from the media about integration.

“The Ministry of Information and Communications should hold forums to train companies in our sector in preparation for the AEC,” he said.