Strong FDI inflows to drive Vietnam's economy this year: forecast
As foreign investment will remain strong this year, both manufacturing and construction sectors in Vietnam will see positive growth, helping the economy rise 6.9 percent, according to a new Standard Chartered Bank report.
Go Back 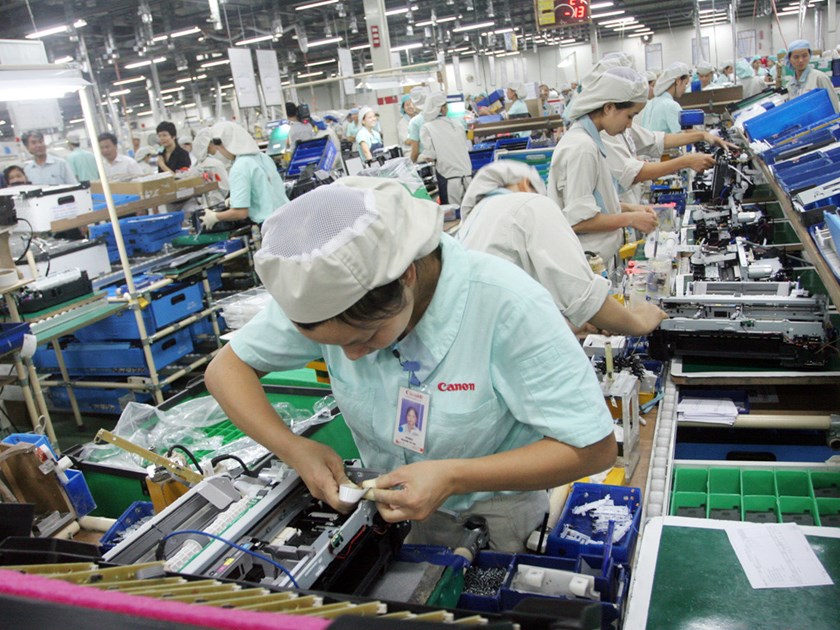 As foreign investment will remain strong this year, both manufacturing and construction sectors in Vietnam will see positive growth, helping the economy rise 6.9 percent, according to a new Standard Chartered Bank report.

It will be the second highest growth in Asia, after India, the London-headquartered lender said in the report, released at a conference in Ho Chi Minh City on Wednesday.

Vietnam will be one of a few economies which will be able to offer good opportunities for investment, amid the global economy’s gloomy outlook, said Marios Maratheftis, global chief economist with Standard Chartered.

With cheap labor costs, a young population and large domestic consumption markets, Vietnam will outperform other Southeast Asian countries in the next few years, Chidu Narayanan, an Asia economist with the bank, said.

A survey released at the conference showed 36 percent of businesses chose Vietnam as a manufacturing hub, shifting out of China where costs are increasing.

The businesses believed that wages will cost them up to 19 percent less than in other ASEAN countries. Cambodia was the second favorite, followed by Bangladesh, Indonesia, India, Thailand, Sri Lanka, and the Philippines.

Another positive sign of strong foreign investment flows is that many Asian economies, namely Hong Kong, South Korea and Taiwan, have revealed plans to increase their investment activities in Vietnam in the next decade.

Vietnam’s FDI pledges hit US$1.33 billion this month, twice as much as the amount recorded a year ago, according to official figures.

Standard Chartered also projected Vietnam’s inflation at 1.4 percent this year, much lower than the government’s forecast of 5 percent.