Sugar producers face bankruptcy
Many local sugar producers are facing bankruptcy as the prices of sugar products are low, resulting in high sugar inventories and hefty losses, and worse still, the smuggling of sugar from Thailand into Vietnam has also been rampant, reported Sai Gon Giai Phong newspaper.
Go Back 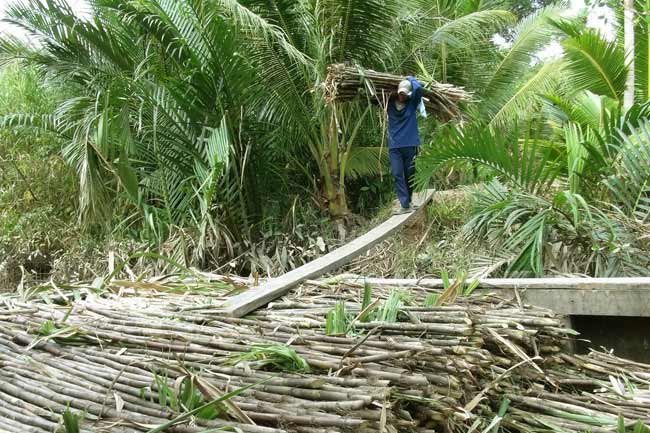 The total sugar inventory, as of this month, has amounted to over 600,000 tons, the highest in five years, according to the Vietnam Sugarcane and Sugar Association.

The prices of local sugar products tend to be higher during the Mid-Autumn Festival. However, the current situation has bucked the general trend as prices are decreasing sharply.

According to the International Sugar Organization, the volume of sugar in the 2017-2018 season is expected to reach 184.17 million tons, up 16.31 million tons, or 9.72%, over the 2016-2017 season. The surge in the global sugar supply may overtake demand, leading to a drop in sugar prices and a significant sugar surplus globally.

The organization forecast that world production in the 2018-2019 season would total over 185 million tons. The volume of sugar traded internationally will rise by 1.65% against the previous season to 178 million tons, while the surplus will be some 6.7 million tons.

As such, the sale of Vietnam’s refined sugar products will experience great pressure.

Meanwhile, the price of sugar smuggled in from Thailand at the border gates was VND1,000-2,000 per kilo lower than that of Vietnamese refined sugar at the start of the current season.

However, due to low consumption at the end of the season, local sugar traders had no choice but to lower the prices of their products, which are now a mere VND500 higher than those of smuggled equivalents, in an attempt to reduce their inventories.

Over the past three years, the local sugarcane industry has witnessed some 500,000 tons of refined sugar products being smuggled in from Thailand each year, equivalent to one-third of Vietnam’s sugar output.

Of the 10 sugar factories previously operating in the Mekong Delta provinces, three have gone bankrupt and two others – one in Long An and the other in Ben Tre – are expected to suffer the same fate.

As a result, domestic sugar producers cannot compete in the market at the current prices and have to sell at a loss. Meanwhile, smuggled products are widely available.

Pham Quang Vinh, chairman of Can Tho Sugar JSC, told Sai Gon Giai Phong newspaper that smuggled sugar poses the greatest threat to the local sugarcane industry. The Government should thus create supporting policies for domestic sugar factories, similar to those in other regional countries.

Vinh proposed the Government levy special import tariffs on high-fructose corn syrup (HFCS) products as soon as possible and revise upward the price of electricity generated from sugar bagasse, equal to that of biomass-based electricity, in line with the Prime Minister’s Decision 24/2017 allowing the State-run Vietnam Electricity Group to hike the average power retail price when input cost rises by 3% instead of 7%.

He stressed that the relevant ministries and agencies should work closely together to take action against sugar smuggling.

Earlier, the Vietnam Sugarcane and Sugar Association proposed the Government adjust tax incentive policies on HFCS imports to create a level playing field. HFCS products are now being imported with zero tariffs and without quota impositions.

The association also asked the Ministry of Industry and Trade to consider investigating the possibility of applying special safeguard methods to HFCS products.

The recommendations were made in light of the difficulties local sugarcane producers have faced in the consumption of their products, as well as the mounting pressure of competition created by increasing imports of HFCS products, which have potentially caused serious damage to the domestic sugar industry.

A report bythe General Department of Vietnam Customs indicates that the volume of imported HFCS rose dramatically between 2015 and 2017, with imports totaling 89,343 tons last year, up 31.7% from 2015. These were mainly imports from China and South Korea, representing more than 90% of the total output and import value.