The Ministry of Industry and Trade (MOIT) reported that Vietnam textile and garment exports in the first 11 months of the year brought revenue of $30 billion, an increase of 8 percent over the same period last year. 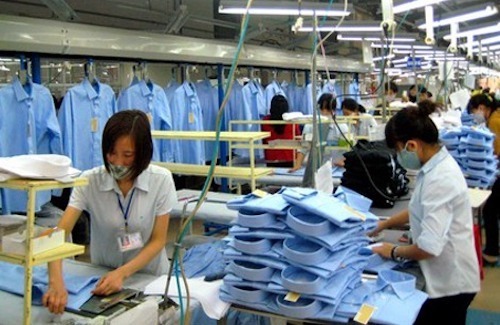 At a meeting with investors recently, Nguyen Van Thoi, chair of TNG Investment and Trade, the owner of TNG brand, said the company has enough orders for the whole year of 2020 with buyers from the EU and US.

According to Thoi, with these orders,it expects post tax profit of VND220 billion, an increase of 22 percent over the previous year.

However, not many companies report the same. Others complain they are still waiting for orders. In principle, Q4 is the time for companies to seek orders for the next year, but the number of orders at many companies is just equal to 80 percent. Some companies cannot get long-term orders, but only short-term ones.

A representative from Vitas said foreign importers have shifted to some emerging countries in Africa, which has put difficulties on Vietnamese companies. Meanwhile, the competition with textile and garment powers such as India, China and Bangladesh is getting stiff.

“The orders tend to go to countries which can enjoy preferential tariffs, such as Bangladesh and Cambodia,” the representative said.

According to him, the cotton price is at a low level, while the use of cotton in Bangladesh, Vietnam and China has decreased. Both businesspeople and terminal buyers keep the demand at a minimum level and avoid storing goods.

Not only garment outsourcing companies, but yarn manufacturers are also meeting difficulties when they have to compete with FIEs and India, Thailand and Indonesia.

Earlier this year, analysts were optimistic about the prospect of the textile and garment industry, saying that the US-China trade war and the signing of a series of new FTAs would help Vietnam gain more orders. But this hasn’t happened.

A warning about a lack of orders for the next year was given in mid-2019. Two reasons were cited, including the worsening health of the world’s economy, which has affected purchasing power, and the lack of enterprises’ radical solutions to meet requirements on origin rules after FTAs take effect.

Garment companies are under pressure as they have to pay more to buy fabric from China, while importers are trying to force the prices down. Vietnam’s textile and garment industry is losing its advantage in cheap labor costs.