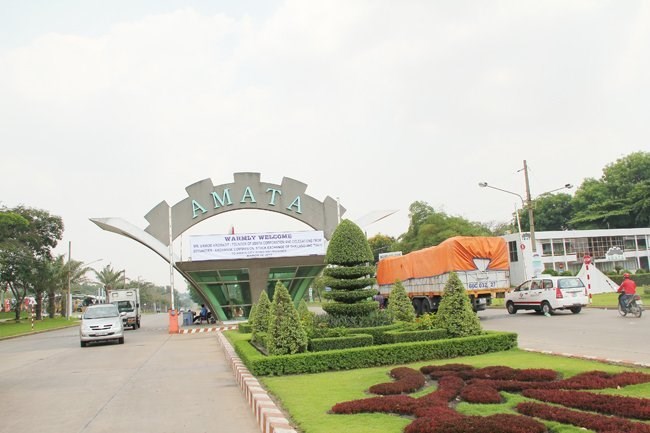 The company is counting on new markets after suffering a slowdown in its home market. It reported a 45 percent drop in first-half revenue earlier this month as a slowing Thai economy dampened sales of industrial lands and factories, but said on Monday that it expected revenue to rebound in the second half.
The group will focus on Vietnam over the next three years, expecting that country will generate 20-25 percent of group sales from 2020 – up from a forecast 10 percent this year – while Thailand, will contribute 70-75 percent, Chief Financial Officer Stephen Siew said during a detailed presentation of the company’s second quarter earnings.
The group cut its full-year revenue growth target to 5 percent on Monday, from 5-10 percent, but Siew said that under a five-year business plan, it aimed for annual revenue growth of 12.5-13 percent by 2020, with 30 percent of group revenue coming from overseas.
Myanmar is expected to generate about 5 percent of total revenue in 2020, although the expansion into Myanmar is subject to the board’s approval and details will be clearer at the end of this year, he said.
Amata’s main customers in Thailand are Japanese carmakers, and it operates the Amata Nakorn industrial estate in the eastern city of Chonburi and Amata City in the eastern province of Rayong.
Thailand’s economy is picking up and that should lead to growth in revenue in the second half as the company has seen continued demand from foreign investors in the car, food processing and medical sectors, marketing chief Viboon Kromadit said.
Its Vietnam unit, Amata VN Pcl, is one of the top three foreign-owned industrial park developers in Vietnam and plans to spend 4 billion baht ($115 million) this year on buying land for development, Nattorn Kijsamrej senior finance manager told reporters.
Nattorn said he was confident the company would achieve its 2016 target of selling 31 hectares of industrial developments this year.
Communist Vietnam is one of the major destinations in Southeast Asia for foreign investment, attracting $13 billion in direct foreign investment in the first seven months of 2016, Amata, citing data from the Vietnamese government.
(Source: ThanhnienNews)