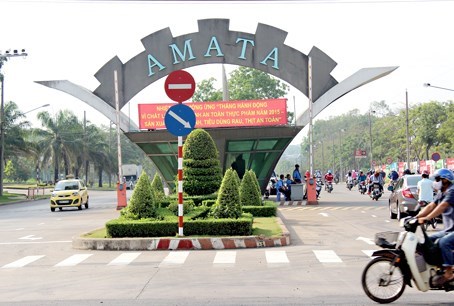 Amata City Long Thanh, the company’s second project in Vietnam, will cover an area of nearly 1,300 hectares in Long Thanh District. The website reported that 40 percent will be an industrial estate and 60 percent will be accommodations and other commercial buildings.

It quoted Somhatai Panichewa, CEO of Amata VN, as saying that the firm will start developing the industrial part first.

The company reportedly has set aside $200 million to develop this part during 2016-18.

Amata VN, one of the top three foreign industrial estate developers in Vietnam, invested in its first project – Amata City Bien Hoa – about 22 years ago. So far, the company has injected around $800 million into it.

The firm is developing the third phase of Amata City Bien Hoa in Dong Nai Province to serve the demand from Japanese and Korean high-technology industrial firms.

Panichewa said the company has signed contracts to sell around 20 percent of the third phase, expected to complete next year.

In addition, Amata VN is applying for a license to set up another industrial park in northern Vietnam, which will comprise both an industrial park and accommodations like Long Thanh, but the size will be larger on a strategic location near a deep sea port.