The Eccentric Billionaire Who Ignores Investors to Get Them Rich
South of the famous temples of Kyoto, where factories and subsidized homes dot the landscape, a single skyscraper stands out. Perched at its top is Shigenobu Nagamori, replete in a luminous green tie, pocket square and spectacles, holding forth on his distinctive business ways.
Go Back 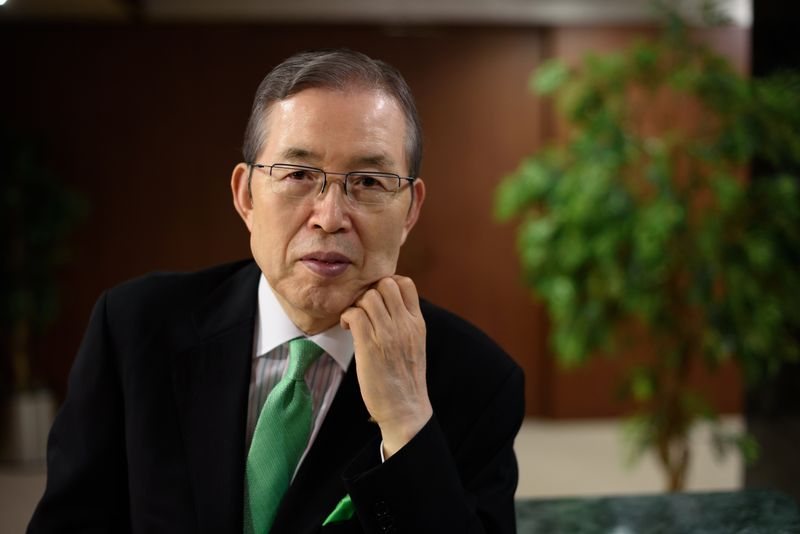 If you work for me, the billionaire chief executive officer of Nidec Corp. says, you’ll never be fired for lacking talent, but don’t count on taking many holidays. If you buy shares in the $27 billion electronics giant I started in a shack beside my mother’s farmhouse, forget about asking for bigger dividends. Even if you’re Masayoshi Son, the second-richest man in Japan, you can expect an earful when I think you’re wrong.

“I’m a strange man, an odd man,” Nagamori, 71, says in an interview from Nidec’s headquarters in Japan’s ancient capital, with his old prefabricated shed preserved in the building’s lobby 19 floors below. “I push against the grain.”

As everyone from Prime Minister Shinzo Abe to activist investor Dan Loeb urges Japan Inc. to listen more to shareholders and update traditional labor practices, Nagamori is ignoring calls for change — and trouncing his peers in the stock market. He’s an outspoken reminder that for some Japanese companies, an approach that looks strange by the standards of Wall Street can still deliver outsized returns.