Home » Press » The US$3 billion game in the lottery market

The US$3 billion game in the lottery market
The appearance of a lottery prize worth VND12 billion (nearly $600,000) has created fierce competition on the lottery market of Vietnam as lottery firms are in a race to create new products.
Go Back 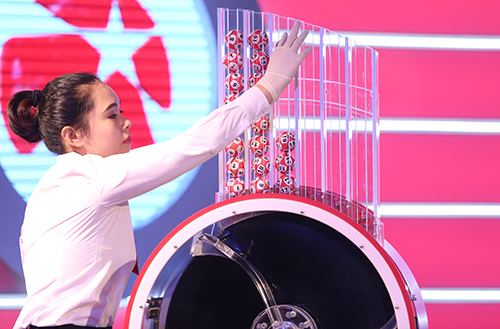 Over the past few weeks, the lottery shop in District 5, HCM City of Mr. Hoang was no longer crowded as before. About 4 months ago, every day the store sold about 500-700 traditional lottery tickets. The sales has fallen to 300-400 lottery tickets/day.

Hoang explained that the sales reduced because of the launch of a new type of lottery ticket, with the special prize worth up to VND12 billion,10 times higher than the traditional lottery.

A lottery agent on Dien Bien Phu Street, Binh Thanh District, of Ms. Hoa even suffered bigger reduction in sales. Previously she sold around 2,000 tickets per day but now it is 700-1,500 tickets per day.

The “devaluation” of the traditional lottery in HCM City comes from the increasingly fierce competition in the lottery market, particularly the launch of Mega Lotto 6/45 in mid July.

With the price of VND10,000 per ticket, the special prize is up to VND12 billion (minimum) and it is cumulative over the turns until the winner is found. This is an unprecedented high lottery prize in Vietnam.

Bringing this well-known type of lottery to Vietnam, Vietnam Computerized Lottery One Member Company Ltd (Vietlott) and Berjaya (Malaysia) did not hide ambitions to become a big player in the market with five first-grade dealers and 800 sale points in HCM City. In the next 5 years, they plan to increase the sale points to 10,000 nationwide.

It is estimated that Vietnam’s lottery market is worth over $3 billion. As a newcomer, Mega 6/45 is targeting to hold approximately 30% market share within a few years, with annual revenue of a billion USD.

Pressure from the new “player” in the market has forced local lottery businesses to reform to keep their market share.

Saying that it did not suffer immediate impacts, the HCM City Lottery Company Limited admitted that it would face a lot of difficulties in the coming time. To deal with these, the company will change its plans to fit the new situation, such as launching new types of lotteries or applying new printing techniques to cope with fake lottery tickets.

This year the company still plans to achieve revenue of more than VND6,250 billion and pre-tax profit of VND813 billion, higher than in 2015.

Acknowledging the impact of computerized lottery, Tien Giang Province Lottery Company’s leaders said in addition to promoting advertising for the traditional lottery, the company is also considering the launch of new type. This year it plans to earn VND3,780 billion turnover and profit of VND515 billion.

Meanwhile, Hau Giang Lottery Company quickly issued jackpot lottery in early July. The buyer can select the numbers they want for VND10,000, VND20,000 or VND50,000. However, this kind of lottery is only available in Hau Giang province.

Launching lotto jackpot game 20 years earlier than those in the south, lottery companies in the north are dealing with limitations of this lottery. Recently, to avoid being left behind in the new race, a few companies have alreadychanged the structure of prizes.

Specifically, since early July, Capital Lottery Company based in Hanoi has increased the value of traditional lottery prize by 5 times. For the lotto jackpot lottery, for the lot of two pairs of numbers, the highest prize is 15 times more than the value of the tickets.

“According to statistics from lottery firms in the North, this type of lottery contributes only 30-40% of total annual sales. The coming of a new player will divide the lottery market again, making competition more intense,” an expert said.

With a market size of over $3 billion, according to this expert, despite fierce competition, this is still a “lucrative” land.

For the Mega lotto jackpot, it is very difficult for buyers to win a special prize. In the US, the highest prize of Powerball lottery is up to $900 million, but there is no winner. Therefore, experts said that Vietnamese players should not be too passionate about this type and should not consider the purchase of this kind of lottery as a form of investment.

He also urged the authorities to have policies to manage the lottery services to prevent negative social ills in society.