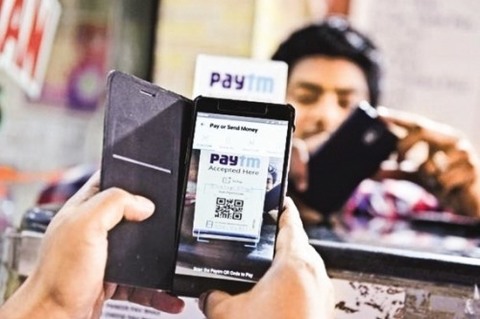 Thirty two per cent said yes, they were using social networks, which is down 2 per cent compared to 2016.

Business on social networks is a trend among small- and medium-sized enterprises, business households and individuals in recent years, said the report.

In addition to social networks, e-commerce platform is also a useful tool for small and medium enterprises, but the trend of using e-commerce trading floors has not changed dramatically over the past few years.

Eleven per cent of businesses surveyed said they traded on e-commerce sites last year, down slightly compared to that of the previous year at 13 per cent.

VECOM said the year 2015 marked the boom in the trend of mobile commerce.

Along with the development of mobile infrastructure, businesses have invested more on this new platform, from upgrading mobile-friendly websites to developing applications.

However, according to the survey, this trend seems to be leveling off with the proportion of websites compatible with mobile devices not increasing, accounting for 17 per cent of the total surveyed enterprises, and down 2 per cent compared to 2016.

“It can be seen that many businesses do not really see the effect from this platform and the demand for mobile-based shopping is only suitable for big cities like Ha Noi and HCM City,” online newspaper ictnews.vn quoted a VECOM representative.

The survey also found the percentage of businesses that have mobile applications was 15 per cent last year, equal to the rate in 2016.

Android is still the most popular platform, accounting for 71 per cent; followed by the iOS with 43 per cent and Windows 40 per cent.

“This data does not change much compared to that of 2016 survey,” the representative said.

In addition, VECOM’s survey also said that up to 39 per cent of businesses questioned highly rated online sales through social networks, the highest among online tools, followed by sales via enterprise websites (35 per cent), mobile applications (22 per cent) and e-commerce trading floors (18 per cent).

The survey also revealed that domain name “.vn” was chosen by the top companies when building websites with 47 per cent of businesses using it, followed by “.com” with 42 per cent.