Time to attract shoppers via apps
Mobile e-commerce proves is a spacious battlefield for apps, but the land for winners is small.
Go Back 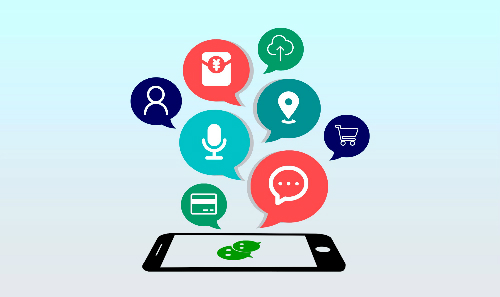 Some years ago, analysts, when predicted that sales websites would be optimized for the browser interface on the phone. At that time, not many people thought apps would be a trend. But this has happened.

AliExpress, for example, is trying to develop customers in Vietnam by offering preferences. The interface is translated into Vietnamese automatically and the quoted prices are converted into Vietnam dong. The buyers making transactions on mobile apps can enjoy certain discount rates.

All the players in the mobile e-commerce playing field, both veteran and newcomers, are willing to spend big money to lure customers. Most recently, the market witnessed a ‘great war’ between Lazada and Shopee on September 9.

On that day, Lazada organized the games ‘chem gia’ (chop prices) and ‘Shake Shake’ on apps for buyers to collect vouchers. Nguyen Thanh Thuy from Lazada said the idea of ‘chopping prices’ was inspired by a well-known game on chopping fruits set on iPhone and iPad.

Also on that day, Shopee launched ‘Lac sieu xu’ version (shake super coin). Users had to open the app and shake their mobile phones to the music to get Shopee Xu, which could be used to subtract the cost of merchandise when shopping.

A survey by Criteo found that more than 90 percent of people who install e-commerce apps on their smartphones buy goods at least once a month, while 60 percent buyi goods three times a month or more.

Around 82 percent of Vietnamese find it more convenient when buying goods via mobile apps instead of the mobile web.

Nearly 71 percent believe that their financial information can be saved if they do shopping via apps instead of the mobile web.

The survey also found that people aged 18-24 are the most willing to buy goods via apps (94 percent).

Alban Villani of Criteo said the generation doesn’t have high income and high spending levels, but will be the future of Vietnam’s e-commerce.

Forty two percent of Vietnamese use smartphones. The proportion of smartphone users in developed cities, medium cities and urban areas are 84, 71 and 68 percent, respectively.