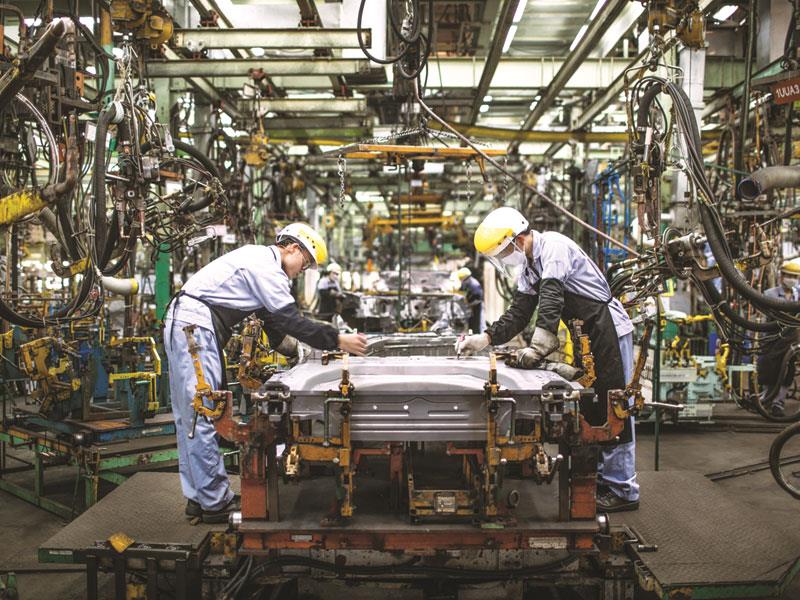 Numbers collected from Vietnam Engine and Agricultural Machinery Corporation (VEAM), a joint venture associate of Honda and Toyota, showed that the two companies saw year-on-year growth in revenue and profit in the 2012-2015 period.

Honda Vietnam Company Limited’s revenue and profit skyrocketed between 2012 and 2015.

Honda Vietnam currently accounts for a 4.7 per cent market share for cars and 70 per cent for motorbikes.

Toyota currently accounts for 25.5 per cent of the domestic car market.

The potential for both revenue and profit to continue growing is very high for both companies. In recent years, the car market has been producing double-digit growth.

The percentage of households owning cars is still relatively low at 10 per cent in Vietnam, compared to the Philippines’ 53 per cent, Indonesia’s 54 per cent, and Malaysia’s 93 per cent.

As the lending interest for car buyers is stable and the government has issued many policies that make it easier to own cars, such as decreasing the ownership fee, coupled with a marked rise of incomes, the number of cars is poised to increase.

According to its commitments in the ASEAN Trade in Goods Agreement, Vietnam is going to eliminate the import tariff on cars from the ASEAN by 2018.

Toyota and Honda are part of the group of auto manufacturers requesting more incentives from the Vietnamese government.

According to the group, the domestic automobile industry is not able to compete with imports in terms of price.

Toyota earlier alluded to the possibility of closing shop in Vietnam if the government does not agree to the proposal.