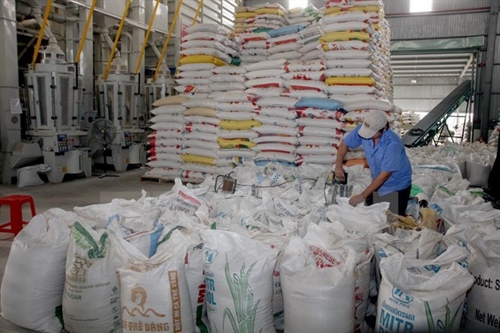 Việt Nam, Mexico and 10 other countries signed the TPP in early 2016, seeking to create a free trade area in the Pacific region.

The Mexican Ambassador to Việt Nam, Sara Valdes Bolano, said the TPP and other free trade agreements in the region will create favourable conditions for businesses of participating countries to join the global value chain. This will strengthen business and investment cooperation, enhancing the quality and value of products and improving competitiveness.

Statistics show that Mexico is currently one of the leading trade partners of Việt Nam in North America. Mexico also serves as a gateway for Việt Nam to enter the Latin-American market. According to the Việt Nam General Department of Customs, two-way trade between Việt Nam and Mexico in the first seven months of 2016 was US$1.29 billion, with Việt Nam’s exports worth $1.33 billion.

Arturo Perez Behr, Chairman of the National Association of Importers and Exporters of Mexico (ANITERM), said that immediately after the TPP was signed on February 4 this year, the Association launched an additional 45 offices worldwide, including in Việt Nam. The offices will support enterprises in accessing trade opportunities in international markets and help Mexican firms improve their competitiveness in order to take full advantage of the TPP.

The opening of the office in Việt Nam also represents an advance in trade ties between the two countries, since Vietnamese businesses will now have more opportunities to enter the promising Mexican market, Behr said.

The TPP involves the 12 countries of  Việt Nam, Mexico, the US, Japan, Malaysia, Singapore, Brunei, Australia, New Zealand, Canada, Chile and Peru. The pact aims to deepen economic ties between these nations, slashing tariffs and fostering trade to boost growth. If the TPP is ratified, it would create a new single market similar to the EU’s.