TPP to remove car tariffs in Vietnam in 13 years
Countries of the Trans-Pacific Partnership (TPP), including Viet Nam, will remove tariff on new cars in the 13th year after the agreement comes into effect, a finance ministry official said.
Go Back 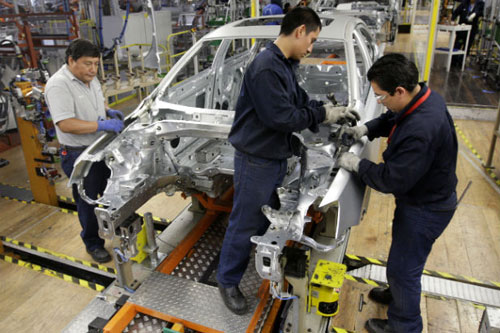 Speaking at a press conference in Ha Noi last week, Deputy Head of the ministry’s International Co-operation Development Ha Duy Tung said that most of the domestically-assembled cars had an engine displacement of below 3,000cc. Meanwhile, tariffs on cars with displacement of 3,000cc and above would be lifted in the 10th year.

As for used cars, Viet Nam would apply a tariff quota for a moderate amount. The country would allow the import of 66 units in the first year after the TPP takes effect. The figure would be regularly increased to reach 150 units in the 16th year.

At the same time, the tariff on used cars in quota will be reduced to zero per cent. As for the car out of quota, it will be taxed following the most-favoured nation tariff in the World Trade Organisation’s commitments.

“No country encourages the import of used cars. However, in the TPP regime, the common principle is to cut tariff on all goods. That is why we have set the quota limit. Such a small quota will not impact the domestic automobile market,” Tung said.

The import of used cars to Viet Nam has been closely managed. The vehicles are required to be not more than five years old. It should be registered for at least six months and must have run about 10,000km and above. The used car importers must be the brand’s official suppliers or agents of automakers.

Toyota continued to sell a majority of the top five best-selling models in October and still maintained the positions of key models such as Vios, Innova and Fortuner. Two new models in the list were Kia Morning of Thaco and Ford Ranger of Ford Viet Nam.