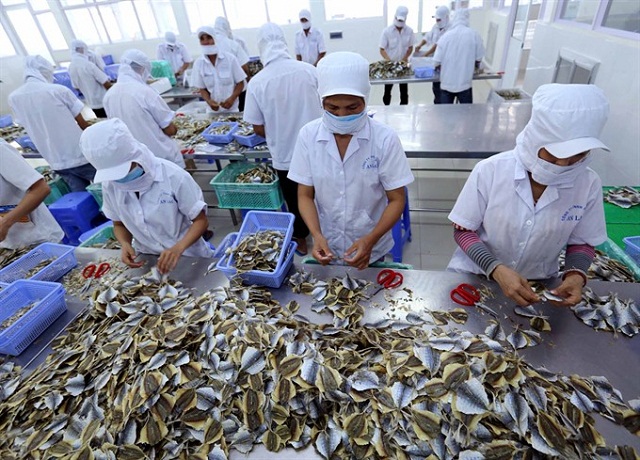 The conference, organised by the Ministry and Industry and Trade and the European Trade Policy and Investment Support Project (EU-MUTRAP), was aimed at providing information on industrial sectors which have potential for investors, as well as the expected investment trends of European businesses once the EVFTA takes effect.

“The EU is one of Viet Nam’s most important trade partners, and will be more so once the EVFTA, scheduled to be signed in 2017, takes effect in 2018,” Khánh said.

“EVFTA is expected to create a momentum to promote investment and trade between the two parties,” Khánh said.
Accordingly, the total import–export turnover between Việt Nam and the EU is expected to increase by around 50 per cent in the first years after the agreement takes effects. Nearly 40 per cent of European firms in Việt Nam plan to increase their investment in the upcoming years.

He said the agreement ensures benefits for both Việt Nam and EU. The pact facilitates trade, services and investment, as well as new approaches to protectionism and investment disputes. The agreement is considered the top commitment which Việt Nam has reached in FTAs so far.

“With its high quality, EVFTA is expected to be an important momentum for trade promotion between Việt Nam and the EU, especially for key Vietnamese products, such as garment and textile, shoes, agricultural products and for European goods suh as equipment, auto and alcohol.

EU investors are particularly interested in manufacturing, real estate trading and electricity distribution, he added.
“EVFTA is expected to attract more investment from the EU to Việt Nam with new technologies and transfer in areas which the country has committed to open, such as garment and textile, leather shoes and wood production,” Sơn said.

He also suggested that local firms carefully prepare, in co-operation with foreign investors, to welcome investment inflows, absorb new technologies and management skills. Vietnamese companies could be trusted partners of foreign firms, especially from the EU, he said.

The country will still maintain its rights to implement distribution planning without differentiation.
The checks of economic demand are designed to protect local firms. After joining the World Trade Organisation, Việt Nam committed to totally opening its markets to foreign retailers. However, they have to meet with check of economic demand if they want to establish a second retail unit.

Nguyễn Thị Thu Trang, director of the WTO and Integration Centre under the Việt Nam Chamber of Commerce and Industry, said abolishing the checks of economic demand would help European retailers expand their operations in Việt Nam’s retail sector.