Twenty IPOs worth $179m launch in December
About 20 companies are projected to launch initial public offerings (IPOs) on domestic exchanges this month with a total estimated value of more than VND4 trillion (US$178.6 million).
Go Back 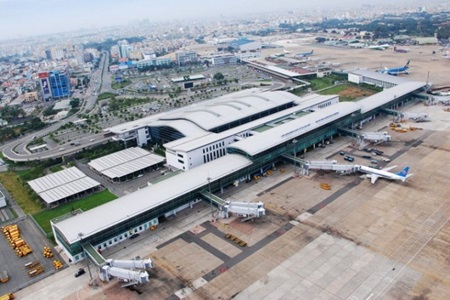 A big and highly-anticipated IPO this month is from Airports Corporation of Viet Nam, the sole manager of all 22 international and domestic airports in the country.

The IPO of industrial zone developer Sonadezi Corporation, expected on December 30, is the biggest offering in terms of value with 131.3 million shares being put up for sales, equivalent to 34.9 per cent of the company’s charter capital.

With the starting price of VND10,200 (46 cents) a share, Sonadezi is expected to collect VND1.34 trillion ($59.8 million). It is one of the largest industrial park developers in Viet Nam with 10 parks under its operation in southern Dong Nai Province.

Another big and highly-anticipated IPO this month is from Airports Corporation of Viet Nam (ACV), the sole manager of all 22 international and domestic airports in the country.

According to the HCM Stock Exchange, 306 investors have registered to buy a total of 114 million shares, of which foreign investors seek to buy nearly 85 million shares, equivalent to 74.6 per cent of total bids. With such positive bids, ACV is expected to sell all of its shares and raise at least VND918 billion ($40.8 million).