Uncertain future of IT product distributors
Digiworld, one of the three largest technology equipment distributors in Vietnam, has adjusted its business plan compared with previous expectations.
Go Back 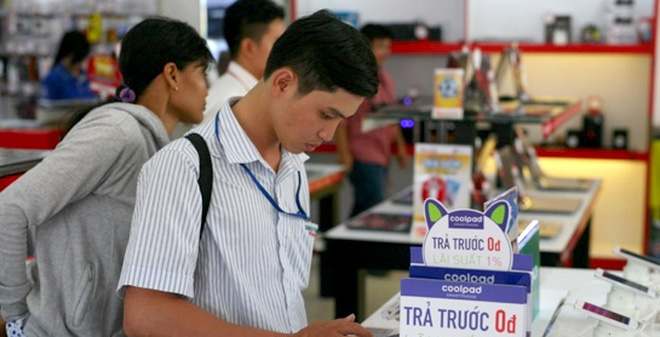 Digiworld Joint Stock Company has announced to halve its after-tax profit target from VND140 billion (US$6.2 million) to VND65 billion for this year.

The company also adjusted its revenue quota down 27 percent, from VND5.4 trillion to VND3.9 trillion for 2016.

It expects revenues of VND1.9 trillion from computer sales, and VND616 billion from telephones and office equipment this year.

The company said it lowered business targets because recent research revealed declines in the information technology market, while it had not recovered certain marketing, human resource and infrastructure costs.

Digiworld, along with FPT Trading and Petrosetco (with subsidiaries such as PSD, PHTD, Smartcom) are the three largest technological product distributors in Vietnam. Digiworld distributes most current PC brands in Vietnam and cellphone brands like Intex, Obi, Wiko …

2016 is a difficult year for Digiworld but it was anticipated early this year, at the firm’s annual meeting of shareholders. Established in 1997, 2015 was the first time Digiworld earned revenue less than its plan, down by 14% compared to 2014.

The main cause of this is that Microsoft – Digiworld’s major partner – changed its business policy and no longer holds a large market share as before. In the first quarter of 2015, Nokia/Microsoft contributed up to VND350 billion revenue for Digiworld, so if Nokia/Microsoft is “dead” Digiworld will be in big trouble.

However, the role of distributors as Digiworld, FPT Trading, and Petrosetco gradually faded in the big game.

If Digiworld is having trouble due to the fall of Microsoft/Nokia, it is similar to FPT Trading. The first quarter financial report of FPT Corporation shows that its retail and distribution segment reached VND5.2 trillion of revenue, 22% less than the same period last year.

But in the retail segment, FPT Retail announced earnings of VND2.4 trillion in the quarter, up 35%, which means that the distribution segment of FPT Trading decreased by 40% compared with the first quarter last year.

A major cause leading to decreased sales of FPT Trading is the distribution policy of Apple’s iPhone in Vietnam has changed. In September last year, Mobile World and FPT Shop were  designated to directly import products from Apple, without going through distributors such as FPT Trading.

Sources said that FPT Shop has the largest iPhone sales, so once this system, plus other chains do not import iPhone from FPT Trading, the latter can lose a lot of revenue.

Nguyen Viet Anh, Deputy General Director of FPT Shop, former representative of Apple in Vietnam, told ICTnews two months ago that in the context of retailers directly importing goods from firms without going through distribution companies, the distributors are facing difficulties in Vietnam.

However, he said these distributors are seeking solutions.

Digiworld is working with small firms in the region to bring goods to Vietnam, as large firms have directly worked with retailers.

Mr. Doan Hong Viet, President and CEO of Digiworld, said it would import goods of small firms to Vietnam. Each firm holds a small market share but with all the market shares of these firms, Digiworld will account for a large market share. Besides Wiko, Intex, Obi, Digiworld will distribute the brand Freetel from Japan.

Digiworld also provides the MES package to help new brands in Vietnam to be able to hold about 3% of the market at a reasonable cost. Digiworld explained that small brands cannot afford to implement development activities in Vietnam while large retail chains do not market for or stock goods of these small brands.

Only Digiworld can do these jobs. Therefore, they must cooperate with Digiworld to use the distributor’s system and capacity to enter the Vietnam market.

Regarding its long-term plan, Digiworld did not concealthe MES model for non-IT fields, which shows that the firm is making long-term preparations after the technology industry stops gives preferential treatment to distributors.

FPT Trading has also taken steps to salvage the situation. In April, it imported Oppo products without going through the Oppo distributor in Vietnam, and sold these products at cheaper prices than Oppo Vietnam.

This act faced response from the distributor of Oppo in Vietnam. However, some supported FPT Trading for the lower prices. Some unofficial sources said that FPT Trading will directly import other products, not through the official distributors of these brands in Vietnam. This information may worry distributors.

However, the disadvantage of cooperating with small firms is the unstable source of goods and warranties.

Overall, the distribution of technology products in Vietnam is changing and senior distribution companies are struggling to find solutions.