Up to 8.5 Million Motorbikes Flood Saigon’s Streets Each Day
While cars seem to be taking over the streets these days, Saigon is without a doubt a city of motorbikes...and it's getting out of hand.
Go Back 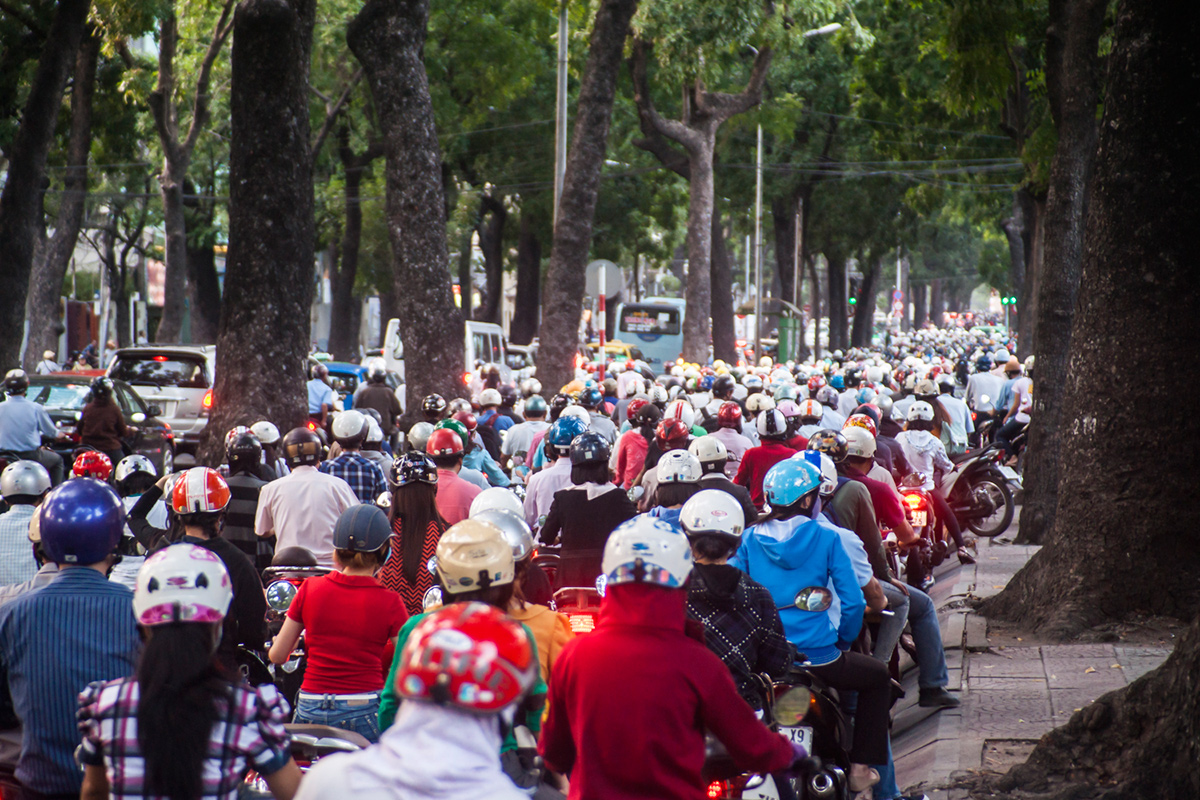 While cars seem to be taking over the streets these days, Saigon is without a doubt a city of motorbikes…and it’s getting out of hand.

According to Transport Department statistics reported by Thanh Nien, Saigon is home to 7.43 million registered motorbikes. While that’s 2 million more two-wheeled vehicles than the city had in 2011, it’s no surprise when you consider the fact that Saigon registers 750 new motorbikes a day.

However, add to this sea of vehicles another 1 million or more motorbikes from other localities, which make their way into the city on a regular basis, and Saigon’s motorbike count goes up to 8.5 million. By official statistics, the city’s human population is only 8 million.

As you might guess, this many vehicles puts a serious strain on Saigon’s infrastructure. So far, transportation officials have tried everything from proposing the trimming of city sidewalks to suggesting traffic jams are not real, however congestion remains a major issue for Saigon, as poor traffic flow costs the city up to US$1.2 billion a year.

Beyond the financial downside, Saigon’s millions of two-wheeled vehicles also pose safety concerns. While traffic accidents are a nationwide problem, 703 people were killed and 3,302 injured last year in Saigon traffic alone. Though this figure is lower than 2014’s total count, the city’s increasing motorbike population spells danger for local drivers. Perhaps we should all just go back to bicycles instead…