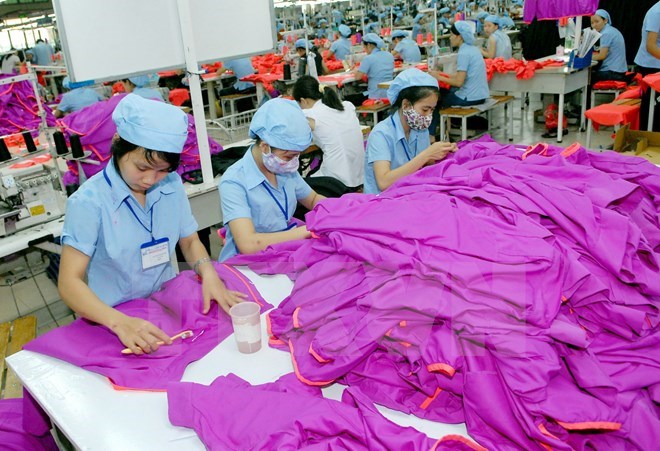 According to the GSO, Vietnam’s export turnover was estimated at 148.7 billion USD in the 11-month period, an 8.3 percent year-on- year increase.

Of the figure, 43.6 billion USD was contributed by domestic businesses and the remainder by the foreign investment sector (including crude oil).

However, some agricultural and mineral products such as crude oil, coal, and coffee saw decreases in both export volume and value in comparison with the same period last year.

The export turnover of rice and rubber declined 4.6 percent and 14.2 percent respectively.

The GSO revealed that the import turnover of goods for manufacturing and assembling continued to skyrocket, such as machinery and equipment, with 25.3 billion USD, up 25.7 percent year-on-year; and computer and spare parts, with 21.6 billion USD, up 27.7 percent.

China remains Vietnam’s biggest import market with a total estimated value of 45.1 billion USD, a 15 percent increase compared to the same period last year. It was followed by the Republic of Korea, with 25.6 billion USD and ASEAN, with 21.8 billion USD.

In the 11-month period, Vietnam recorded a trade deficit of 3.8 million USD or 2.5 percent of the country’s export turnover.