Vedan requests import own coal
Vedan Vietnam Enterprise Corporation Limited (Vedan Vietnam) is the second 100 per cent foreign-owned company that wants to directly import coal to fuel its own plant’s operations in Long Thanh district of the southern province of Dong Nai.
Go Back 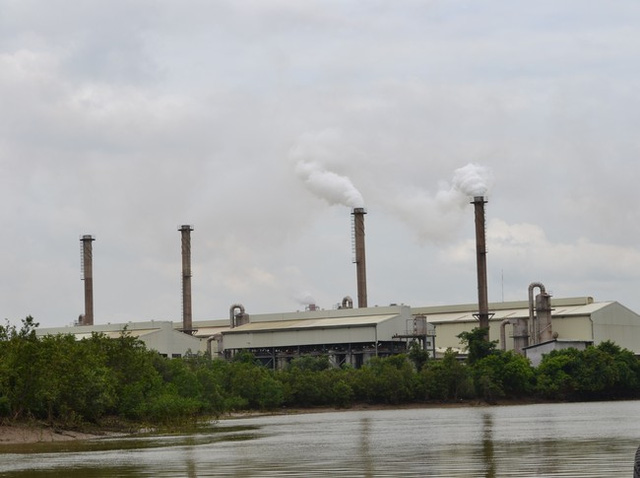 According to newswire Dantri, Vedan has submitted a proposal to the Prime Minister Nguyen Xuan Phuc (PM), the Ministry of Industry and Trade (MoIT), the Ministry of Finance, and the General Department of Vietnam Customs to import coal for electricity production in its coal-fired boiler without going through domestic intermediaries.

According to Yang Kun Hsiang, general director of Vedan Vietnam, the company has been importing an average of 31,500 tonnes of coal per month through a long-term contract with Japan’s Mitsui, which will expire in March 2017.

On August 26, 2014, the Government Office issued Notice No. 346/TB-VPCP, requiring enterprises to import coal through the two major importers in order to control the quality, avoiding the increased environmental pollution that comes with lower-quality coal resources.

However, a representative of Vedan Vietnam said that the notice is only applicable to state-owned enterprises. As the company has known that both private and foreign-owned enterprises have to comply with the regulation, the company has yet to arrange time to work with Vinacomin and Dong Bac Coal Corporation to discuss details on coal type, quality, price as well as freight. Thereby, the company seeks the PM’s approval to import coal on its own or at least maintain the signed contract with the Japanese partner.

Vedan Vietnam said that if the company has to stop the contract, it will incur a termination fine and will have to pay freight compensation for the logistics company.

Entering Vietnam in 1991, Vedan Vietnam specialises in manufacturing monosodium glutamate, special chemical products, amino acid, and starch products. In the past, Vedan Vietnam’s reputation was damaged by a string of environmental violations.

Notably, in 2008, it was reported to have been dumping more than 5,000 cubic metres of untreated wastewater a day into the Thi Vai River through a sophisticated underground pipeline for many years. It caused serious pollution and heavy losses to thousands of fish-farming households in Dong Nai, Ba Ria-Vung Tau, and Ho Chi Minh City. Vedan Vietnam was reported to be saving $30 million per month with the illegal pipeline system.

According to a representative of the Ministry of Natural Resources and Environment, during the 1995-2005 period, Vedan Vietnam continuously discharged inadequately treated wastewater, showing levels of contaminants and pollutants far exceeding regulated limits. Xyanua and coliform levels were found to be 5,600 and over 100 times the prescribed maximum.