Venture funds do small amount of business in Vietnam
About 20 foreign venture funds exist in Vietnam, but they have only representative offices and have yet to set up funds.
Go Back 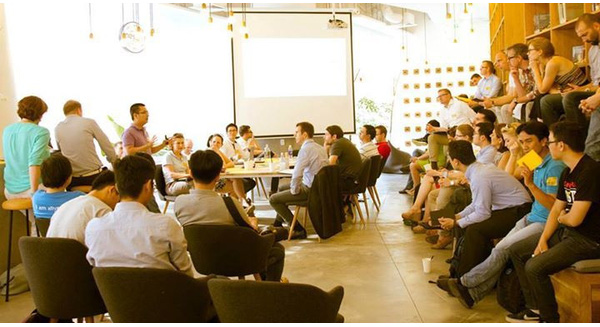 According to Quat, though awareness of entrepreneurship opportunities has increased from 36.8 percent in 2013 to 39.4 percent in 2014, the figure is still lower compared with the average level of 55.6 percent in other countries in the same development stage as Vietnam’s.

He also said that venture funds hesitated to pour capital into Vietnam’s startups.

“Vietnamese only hope for success, when they do not prepare for failure. Failure occurs often with startups,” he commented.

Vo Tran Dinh HIeu from Dragon Capital, said that only one year ago, or 20 years after injecting money into Glass Egg Digital Media, could Dragon Capital get back the principal capital.  Dragon Capital has also lost most of its capital in its investment in Vinh Tien Paper.

Hieu commented that Vietnam has lost venture investors to other regional countries such as Singapore and Malaysia, partially because it does not have reasonable policies to attract the investors. This is also because of the lack of seed capital, possibly offered by the state, to attract investors.

Nguyen Hoa Binh, director of PeaceSoft, agrees that the problem lies in policies, saying that changing policies may bring risks to investors and discourage them.

e said Article No 292 of the Criminal Code, which stipulates penalties, including prison sentences for providing unlicensed online or telecom services, will hinder the development of internet and telecommunications-based companies and startups in particular.

Though the business circle has been reassured that the article will be considered for removal, some investors, worrying about possible risks, are considering leaving Vietnam.

Deputy Prime Minister Vuong Dinh Hue and ministry leaders have repeatedly affirmed that they will offer favorable conditions for startups to develop.

The investment environment has become more favorable than five to seven years ago, while more and more foreign venture funds have agreed to pour capital into Vietnam’s startups.

Deputy Minister of Planning and Investment Dang Huy Dong said the ministry is drafting a law on supporting small and medium enterprises with provisions allowing investors to register business in a simple and favorable way.