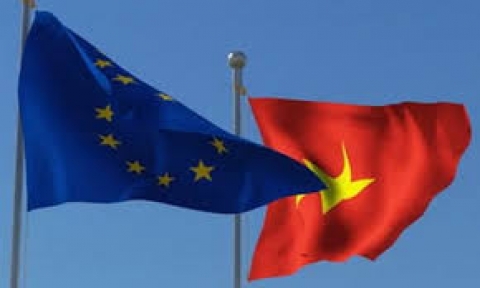 The version allows all interested stakeholders to become fully conversant with its content well in advance of the ratification processes both in the EU and in Vietnam.

As per usual procedure, the text will now be subject to a legal review to verify its consistency and ensure that all provisions are formulated in a legally-sound manner.

It will then be translated into all EU languages as well as into Vietnamese before being signed and ratified by both parties.

“This is a very ambitious agreement that will further strengthen our already very solid bilateral relations,” the Head of the EU Delegation to Vietnam, H.E. Bruno Angelet, said.

Once in force it will be mutually beneficial for both sides. “Vietnam will consolidate permanent market access to the largest economy in the world and one of its most important trading partners, the European Union,” the Ambassador said.

He was extremely pleased by the seriousness and high commitment shown by Vietnam in the negotiations.

“In this respect we are ready to support Vietnam to ensure it can reap the benefits of the FTA,” he said.

Vietnam is the second ASEAN partner to have concluded an FTA with the EU and it offers a good model for other ASEAN countries.

The EVFTA reflects Vietnam’s deep commitment to pursuing trade opening and its transition towards a more competitive and sustainable economy.

It includes the elimination of almost all tariffs on goods originating from Vietnam after seven years.

There are also commitments in services, public procurement, non-tariff barriers, and export duties.

The EU is one of Vietnam’s largest export markets and its second-largest trade partner.

Exports to the EU have multiplied three-fold over the last five years, reaching $30.9 billion in 2015, with imports at $10.3 billion.

The EU believes that the implementation of the EVFTA will boost bilateral trade flows and promote further EU investment in line with the sustainable development goals included in the agreement.

Text of the EU-Vietnam Free Trade agreement can be downloaded at: http://trade.ec.europa.eu/doclib/press/index.cfm?id=1437