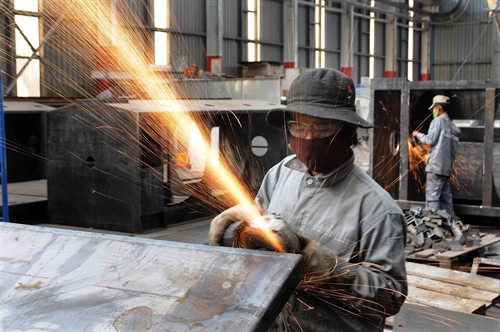 Speaking at the opening session, Đam said: “Việt Nam and France have experienced many ups and downs over the years but have together overcome challenges and have become trusted partners.”

More than 1,000 delegates from local governments, organisations, businesses and scientists from Việt Nam and France are attending the three-day conference. Participants include representatives of 30 enterprises from 20 French localities.

“France has been one of Việt Nam’s most important partners in the international arena and was one of the first foreign countries to assist Việt Nam in healing from the war and normalise relations with the world,” he said.

The partnership has resulted in a number of projects with promising results in the fields of urban management, environment, health and education, according to Đam.

He said the conference was taking place in a special context, following the French President Francois Hollande’s State visit to Việt Nam early this month, which was “testimony to the great potential for cooperative development between the two countries’ localities”.

During the visit, the two countries signed a number of new co-operation agreements in politics, economy, science-technology, agriculture and judicial affairs, and discussed regional and international issues of mutual concern.

Local authorities in association with the Cités Unies France (CUF), a federation of French local and regional governments involved in international relations, organised the conference, which aims to improve cooperation between Vietnamese and French localities in sustainable development, driving the two countries partnership forward.

Participants will discuss a number of topics such as promotion of bilateral trade and support of local authorities in regional and international integration, improvement of wastewater treatment, and application of UN sustainable development goals on urban planning and development.

The conference will include five symposiums: economic and tourism cooperation, health and education, environment and climate change, urban development, and culture-heritage.

Sideline activities include the Việt Nam – France Investment and Trade Promotion Seminar on cooperation in sustainable agriculture and tourism, and Vietnamese-France Cultural Days.

Speaking at the conference, Martine Pinville, France’s Secretary of State for Trade, Crafts and Consumer, said: “After nearly 30 years of cooperation I noticed there have been fruitful improvements in socio-economic development in Việt Nam. Climate change is a major issue in the Mekong Delta and we need to continue to cooperate to address the issue in a more urgent and serious manner.”

Bùi Thanh Sơn, Deputy Minister of Foreign Affairs, said the ministry would serve as a bridge to link Vietnamese and French enterprises by providing them with accurate market information.

The Cần Thơ Department of Foreign Affairs said that France ranked 16th among 114 countries and territories investing in Việt Nam, with more than 460 projects with a combined investment of $3.42 billion (as of late April).

There are seven projects carried out under business cooperation contracts worth $618 million, and one under Build-Operate-Transfer (BOT) model worth $480 million.

To date, Vietnamese firms have invested $2.48 million in France.