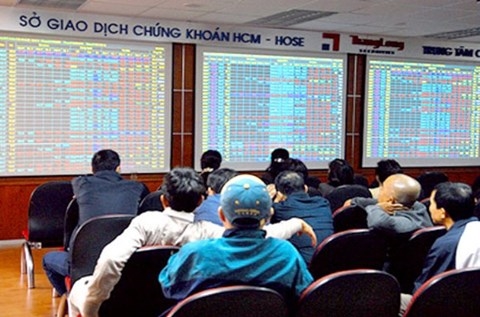 The benchmark VN-Index has increased 13.8 per cent since the beginning of this year. Total market capitalisation reached VNĐ1.59 trillion (US$71.3 billion), or equivalent to 38 per cent of the country’s GDP, higher than the previous ratio of 34 per cent of GDP seen last year.

Liquidity has improved with daily trading value touching VNĐ6.2 billion ($278 million) on the two exchanges, a year-on-year increase of 25 per cent, of which trading in stocks rose 16 per cent and trading in bonds climbed 34 per cent.

Overseas investors have poured a net value of $772 million into the local stock market in August, a rise of 350 per cent over the same period of last year, bringing the total value of foreign investment portfolios to $16 billion.

Foreign investors have been net buyers here since 2005.

“The VN-Index returned to its March 2008 peak while market capitalisation also reached the highest level in the past six years, the commission’s chairman Vũ Bằng said.

“Việt Nam’s stock market is among the five fastest growing markets in the world and the second best performer in Southeast Asia in the second quarter.”

In a July report, the World Bank revised down its estimate for Việt Nam’s GDP growth for this year to 6 per cent from the previous 6.2 per cent and maintained the country’s positive medium term outlook.

Bằng said the new Government has supported enterprises and improved the business environment.

The trade surplus reached $1.8 billion in the first seven months of this year. Bank credits have expanded 8.54 per cent during the period. Registered foreign direct investment (FDI) has risen 46.9 per cent year-on-year, hitting $12.9 billion.

Capital raising through the stock market has increased 81 per cent during January-July, taking VNĐ254.4 trillion.

Sales of State holdings in State-owned enterprises have attracted attention with 79 auctions in the first seven months, collecting VNĐ7.2 trillion for the State Budget.