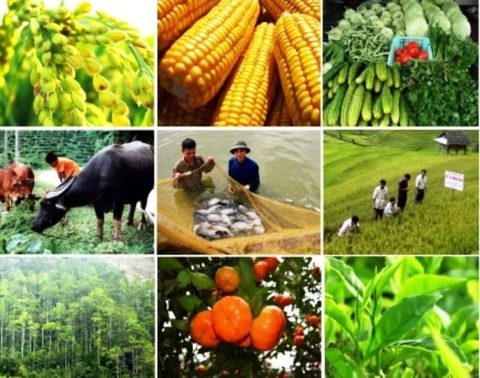 A World Bank report released in late September highlighted the need for Viet Nam to revamp its agricultural sector to meet demographic, economic and environmental challenges.

The report, entitled “Transforming Vietnamese Agriculture: Gaining more from less”, suggests that the sector needs to boost value-added content and diversify its offerings to increase the country’s market access opportunities.

The recommendations are timely, given that Viet Nam’s export market is expected to grow by some 500m people through the recent formation of the ASEAN Economic Community and the forthcoming EU-Vietnam Free Trade Agreement, to take effect in 2018.

From primary production to processing

As one of the mainstays of the Vietnamese economy, agriculture accounted for 17 per cent of GDP in 2014 and currently employs nearly half of the workforce.

However, increasing urbanisation, which is forecast to reach 50% of the population within a decade, combined with a burgeoning middle class, is expected to result in a shift in consumption and employment trends in the sector.

Employment in the primary agricultural sector is predicted to decrease from its current 47 per cent to between 25 per cent and 30 per cent by 2030, although much of this loss should be offset by a strong rise in jobs in the value-added component, with employment rates of up to 40 per cent.

Domestic sales of snacks, processed and ready-to-eat foods have gained momentum in the last decade while Vietnam’s agricultural trade – which has traditionally been dominated by raw commodities – is starting to see a shift as well.

As a result, primary agriculture’s contribution to GDP is expected to decline by 0.5 per cent annually, while agro-industry’s share could nearly double to account for roughly one-fourth of the country’s GDP by 2030, according to the World Bank report.

To this end, Viet Nam is also looking to consolidate and scale its operations to meet the needs of agribusiness.

The small scale of most Vietnamese farms makes it difficult for agribusiness to make the most from local production, according to Nguyen Van Khai, CEO of Pan Group, an integrated agriculture and food manufacturer.

“Instead of dealing with one large producer, as is often the case in Western countries, companies operating in Viet Nam have to deal with multiple small landholders,” Khai told OBG. “If you are dealing with 300ha in Viet Nam, you have to work with 300 people.”

While Viet Nam’s agricultural exports are on the rise – recording a 11 per cent year-on-year (y-o-y) increase to $10.2bn in the first quarter of 2016, and are expected to grow by between 4 per cent and 6 per cent annually – its products are perceived as being of lower value and quality.

The government is already looking to take suggestions from the World Bank report on board to overhaul the agricultural sector through the greater use of advanced technology and techniques for value-added processing.

According to Nguyen Xuan Cuong, the minister of agriculture and rural development, broadening the base of its export market is also a priority.

“In the long run, we should focus more on official trade with China while expanding our foreign trade with Japan, the US, Australia, the EU and others,” he told local media in September. “This is the right path for agricultural development.”

Currently, some 35 per cent of Viet Nam’s agricultural shipments are destined for the Chinese market, a level likely to rise this year, with exports to its northern neighbour rising 47% y-o-y in the first four months of 2016, according to ministry data.

At the end of September, the Asian Development Bank (ADB) lowered its forecast for Viet Nam’s economic growth, projecting GDP to expand by 6 per cent this year, down on its initial estimate of 6.7 per cent made in March. The bank also revised its outlook for next year to 6.3% from earlier estimates of 6.5 per cent.

One of the key reasons for the downward revision was the weaker performance of Viet Nam’s agriculture sector, with the ADB citing recent drought conditions in the Mekong Delta and Central Highlands regions, along with falling global commodity prices impacting export returns.

In addition to the effects of climatic conditions on output, the environmental impact of poor agricultural practices is also becoming a growing concern for the sector, as Viet Nam looks to expand its industry for export.

‘“Business-as-usual’ is no longer an option for the sector – growth has slowed down, it is vulnerable to climate hazards and leaves a large environmental footprint,” Ousmane Dione, country director for Vietnam at the World Bank, said at a press conference in September.

In a bid to address environmental issues, a joint delegation from the Ministry of Industry and Trade and Ministry of Environment and Natural Resources is planning to look into factories’ production and waste treatment facilities, which pose a risk to water contamination, according to press reports.

At the same time, the private sector is also looking to boost efforts in this area.

“Resources and waste management are key sectors in which foreign firms are able to contribute to Viet Nam’s development,” Guillaume Crouzet, general director of the French Chamber of Commerce in Vietnam, told OBG. “One of the elements that help a foreign firm decide to invest in Viet Nam is access to proper resources.”