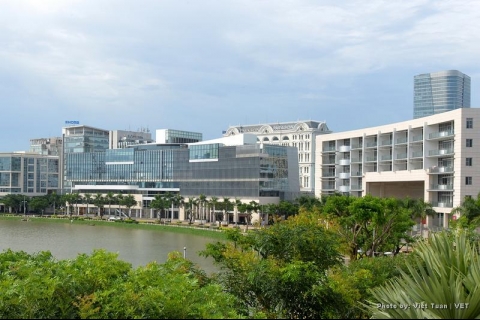 The ranking was a ten place fall against 2014’s 25th, according to Ms. Mai Vo from C&W Vietnam’s business development department.

“Both land ownership and allocation in Vietnam are under the government’s control, making it difficult for investors to invest in real estate and stimulate transactions,” she said. “Investors can feel frustrated by bureaucracy, overlapping procedures, and ever-changing policies.”

Despite Southeast Asia being one of the fastest-growing regions in the world, with Vietnam, Indonesia and the Philippines performing very well from an overall economic perspective, all three slipped in the rankings, with ease of property ownership creating issues in Vietnam and the Philippines while Indonesia has higher costs for registering property, according to the report.

“Despite this, these locations are significant growth markets for a number of industries,” the report stated.

The report also provides a 2016 outlook for the office market in Vietnam.

“Despite this, vacancy is forecast to grow from 22 per cent to approximately 30 per cent, due to the high volumes of new completions entering the market, which will result in rents falling for the remainder of 2015,” according to the report.

In Ho Chi Minh City more than 100,000 sq m of office space is due for delivery across one Grade A and three Grade B projects, providing more options for occupiers, according to the report.

New leases could have more flexible leasing terms and more incentives as landlords compete for tenants. “Competitive deals will remain available for the largest occupiers, with new supply at Vietcombank, Lim Tower 2, and Pearl Plaza,” the report stated.

To better understand the market dynamics in the most sought-after emerging economies, C&W’s third edition of the Emerging Markets Index assessed how global economic shifts continue to change the business environment in which corporates are operating.