Vietnam among attractive destinations for APEC CEOs: PwC
Vietnam is among the top three countries most attractive to CEOs in the Asia-Pacific Economic Cooperation (APEC) bloc, a PricewaterhouseCoopers (PwC) survey finds.
Go Back 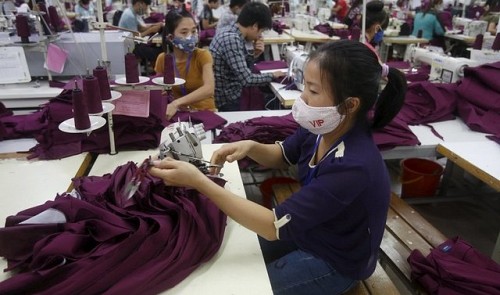 Half of the business leaders surveyed by the U.S. giant auditor have plans to increase investments in the Philippines, Vietnam and Singapore in the next 12 months, according to the results from PwC’s 2015 APEC CEO Survey.

The survey polled 800 leaders of top companies from 52 countries with operations in 21 APEC economies from June 23 to August 21 to “learn their concerns, their reasons for optimism, and the direction they are headed,” PwC said in a survey report on Monday.

Although down from 67 percent last year, the majority of the CEOs, or 53 percent, still plan to increase investments in the APEC region over the next 12 months, according to the survey results.

The survey found that there is also a clear reallocation and diversification of investments within the region, with China, the U.S., and Indonesia remaining the main draws for CEO business investments.

“The Philippines, Vietnam and Singapore economies are attractive to APEC CEOs… and across the Pacific, Chile and Peru are also attracting more investors,” Dennis Nally, chairman of the PwC International Ltd., said in a statement.

The CEO confidence in 12-month revenue growth declined sharply from the 2014 survey, due to such key factors as an economic slowdown in China, uncertain U.S. interest rates, regional geopolitical tensions and growing concerns about cyber security, according to the report.

The survey indicated that only 28 percent of the Asia Pacific CEOs are “very confident” in revenue growth in 2016, whereas 90 percent of the respondents said a rise in regional geopolitical tension would have a negative impact on their business.

“At the start of our work, confidence levels were similar to 2014, but this quickly changed as the U.S. Federal Reserve prepared to raise interest rates and China devalued its currency,” Nally said.

However, APEC CEOs are still looking to expand into new APEC venues as a testament to their ability to balance volatility against opportunity, according to the survey.

Business leaders in the APEC region are also pinning their hope on greater access thanks to many trade arrangements.

For instance, the ASEAN Economic Community, slated for establishment by the end of this year, offers greater promise at the moment for 35 percent of the CEOs.

Meanwhile, 24 percent said the Trans-Pacific Partnership (TPP) accord, if fully implemented, will create more opportunities for their organizations than other regional trade projects, according to the survey.

“The lower the tariffs, the more trade will increase,” the report said, citing one technology executive from New Zealand, one of the 12 TPP economies.

The TPP deal, which aims to liberalize commerce in 40 percent of the world’s economy, was finalized on October 5, and is now pending approval by lawmakers in all the participating countries, which include Australia, Brunei, Canada, Chile, Japan, Malaysia, Mexico, New Zealand, Peru, Singapore, the U.S. and Vietnam.