Vietnam among best working destinations for expats: HSBC
Vietnam, Qatar, the Czech Republic and Mexico are the best destinations in their respective regions for expatriates aiming to make their money go further, a recent HSBC survey shows.
Go Back 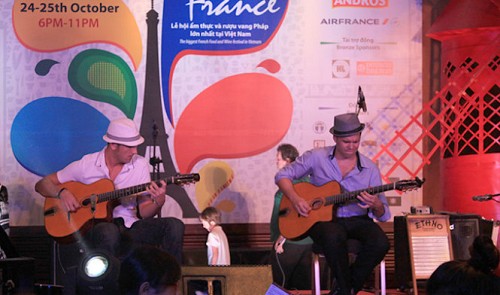 The poll finds some 68 percent in Vietnam and 60 percent in Czech have been able to save money since relocating, while 76 percent of expatriates in Qatar have more disposable income since moving, and 63 percent in Mexico spend less on day-to-day bills.

The Expat Explorer survey, now in its eighth year, is commissioned by the offshore banking arm HSBC Expat and conducted by research company YouGov, questioning almost 22,000 expats based in over 100 countries between March and May this year.

Although money is not the most common reason expatriates give for making a move – more say that they are looking for a new challenge, or want to improve their quality of life – many places offer opportunities to earn high salaries, according to the survey.

“Managing finances is a key part of moving abroad, whether that is sending money back home, saving for the future or getting a foot on the housing ladder,” head of HSBC Expat Dean Blackburn said.

“This can be difficult, but many destinations also offer the chance to earn more or lower living costs.”

The survey also shows that some 18 percent of expatriates in Asia-Pacific (including Australia and New Zealand) and 16 percent in the Middle East earn more than US$200,000 a year.

Expatriates in Switzerland have an average salary of $181,000, the highest of any location covered in the survey.

In addition, higher salaries may be more than enough to make up for a higher cost of living.

Some expatriates maintain a current and savings account as well as a pension and property in their home country as well as in the country in which they are currently living.

This may be one reason why three in ten say that it has become trickier to manage their personal finances since moving.

Another part of the survey shows that local legal requirements – such as the process for setting up bank accounts – vary significantly from place to place.

Most expatriates in New Zealand, Singapore and Australia, for example, say that setting up financially is easy, but other locations are perceived to be more challenging.