Vietnam among fastest-growing economies in Asia, driven by electronic exports: IMF
After recording a five-year high growth of 6.68 percent last year, Vietnam's economic expansion will slow down to 6.3 percent, but that is a "still-robust" rise, according to the International Monetary Fund.
Go Back 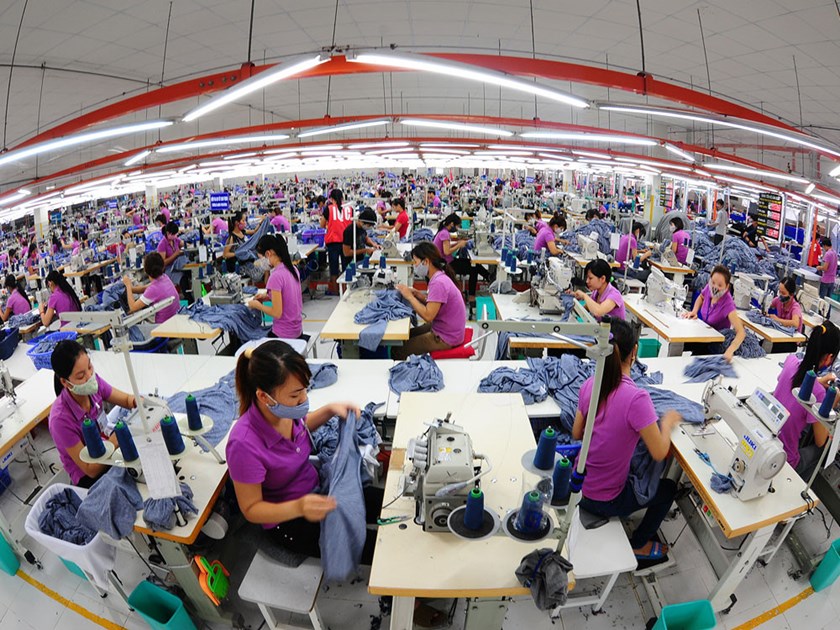 Strong rises in exports and foreign investment in the manufacturing sector will continue to accelerate Vietnam’s GDP growth, the IMF said in its April update on Asia-Pacific economic outlook. In the region, only several frontier economies will see higher rates, including Myanmar’s 8.6 percent, Laos’ 7.4 percent and Cambodia’s 7 percent.

With a large labor force and generally low wages, Vietnam’s manufacturing sector will remain a magnet for foreign investors, according to the report.

Vietnam’s foreign direct investment pledges grew more than 119 percent year-on-year to over US$4 billion in the first quarter, figures from the Foreign Investment Agency showed. More than 72 percent of the pledges were for 216 projects in the manufacturing sector.

Customs figures showed Vietnam’s exports saw an increase of 6.6 percent from a year ago to $38.77 billion in the first three months. Shipments of phones and spare parts grew 24.2 percent to $8.27 billion, while electronics and computers’ exports rose 4.9 percent to $3.73 billion.

Regardless of the positive outlook, the Vietnamese government still needs to speed up its reforms, including those related to state-owned enterprises and banking sectors, to improve economic efficiency, according to the IMF.

As the reforms are going on, Vietnam also needs to take measures for fiscal consolidation to provide space for the potential costs of restructuring banking and state sectors, given the country’s debt levels are high, it said.

The IMF expected the government’s budget deficit to be equivalent to 6.4 percent of GDP, compared to an estimate of 6.5 percent last year.

In a statement on their visit to Vietnam last month, an IMF mission team said the government needs to reduce the fiscal deficit to around 3 percent of GDP by 2020.

The government needs to focus on broadening the revenue base, and safeguarding spending on high-quality public investment in education, health and infrastructure, according to the team’s press release.

Reforms in the state sector should be accelerated through more rapid and comprehensive equitization of SOEs and divestment of non-core assets, and transparency of equitization proceeds and their use, according to the mission team.

Latest figures released by the government in March showed Vietnam’s public debt was equivalent to 62.2 percent of GDP, and foreign debt 43.1 percent.

Previously the World Bank expected Vietnam’s public debt to reach 63.8 percent of GDP this year, before rising to 64.7 percent in 2018. The legally mandated debt ceiling is 65 percent.